People tuck in the building

The scenario is that a group of people live in a dark and damp building. The building is located in a dismal place where the sun never shines. Then one day, a band came and broke this building with their music, whereupon people live inside this building come out, and finally they find that it’s the people live in the building rather than the building itself are always in darkness. These people all have setbacks and are not willing to face life. Some are dancers disabled due to injury, some are boxers failed in games, and some are students failed in exams, etc. Actually, there is no difficulty that cannot be overcome. We just need to make every effort to get over the difficulties. 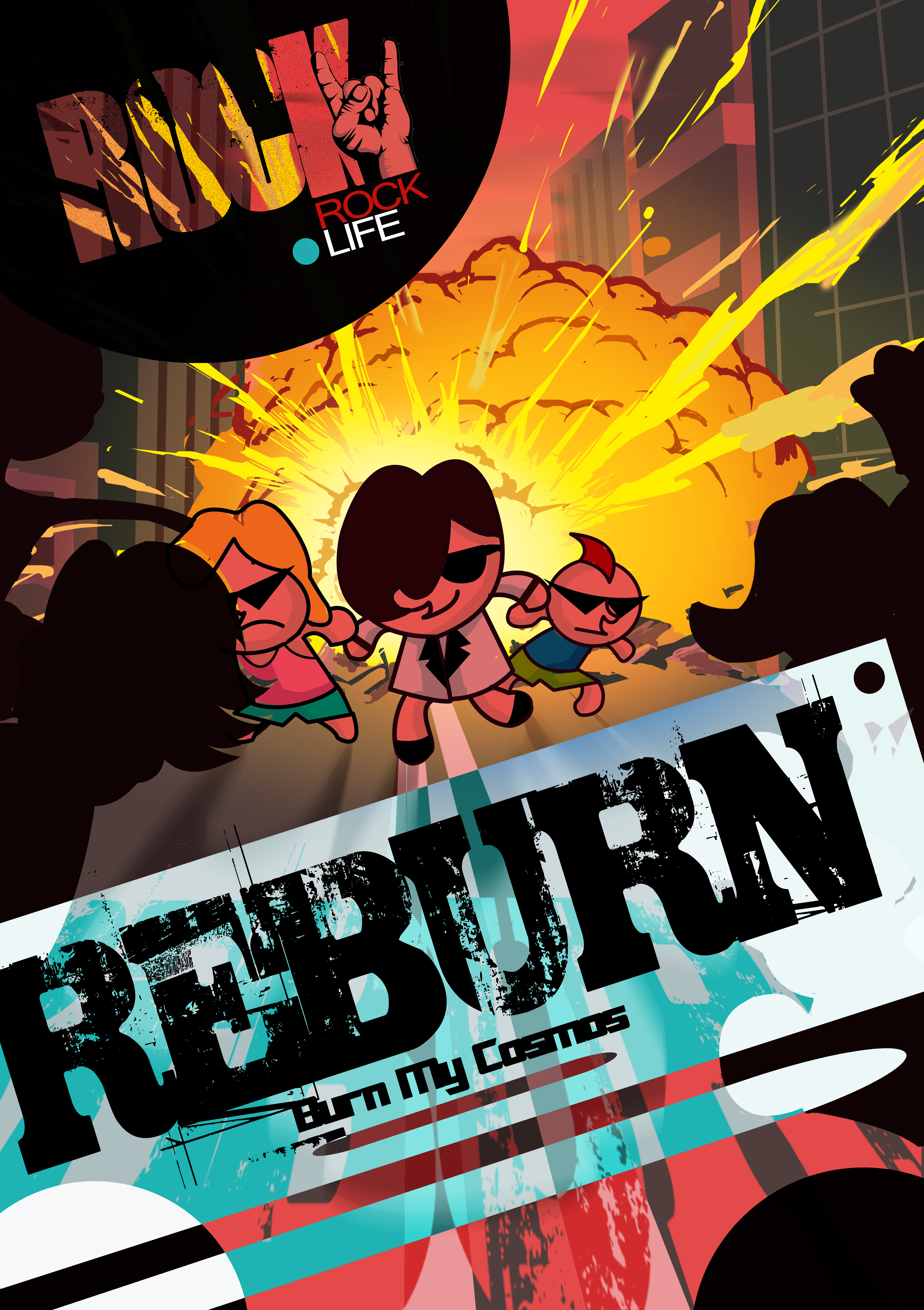 NUMBER /SCENE GUT/TIME
A. Medium Shot / One of them with a cigarette in his mouth, and they are ready to play with guitars / 1s / upward view

D Medium Shot / Rack moves down to the wall of the first head of bed 1.5’ shot without moving

F. Close-up / Eyes a person lying on the bed with mouthful medicine has a slight movement 2’

G.Medium Shot / Suicide one by hanging looks up to the ceiling, seeing the crack 4’

H.Medium Shot Through the crack, he sees a ballet dancer who sits in a wheelchair with toe shoes in hands 5`s

I.Medium Shot / A fat man lying on the floor is eating, when seeing the crack he stops eating. Looking upward

J.Medium Shot / A drunkard is drinking 3’ looking straight ahead

K.Follow Shot / Subjective shot The drunkard points to the crack with his finger, the crack is extending 4’

M.Medium Shot / Upward looking The band jumps and drops down with speed up, but not falling to the ground

N.Follow Shot / A small house pauses and then cracks. 4

O.Follow Shot / Smog comes out and clouds the screen. 4’

P.Medium Shot / Upward looking The band jumps and drops down with speed up, but not falling to the ground.

S.ollow Shot / A house in darkness and a city full of sunshine. perspective view 4’

T.Close-up / Smiling faces of a group of people

V. Close-up / One person steps out of the circle with darkness 2’ 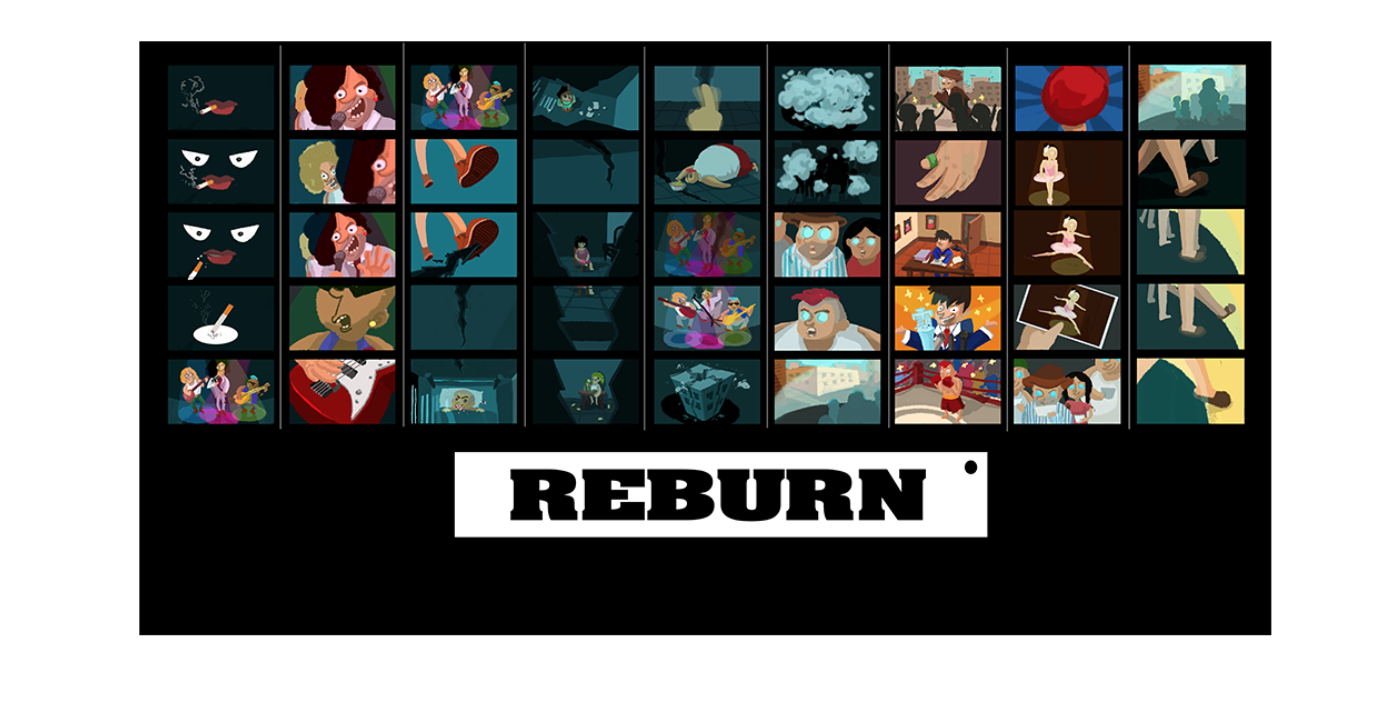 The band is appointed to save the group of people living in this building, and uses their music to awake them. 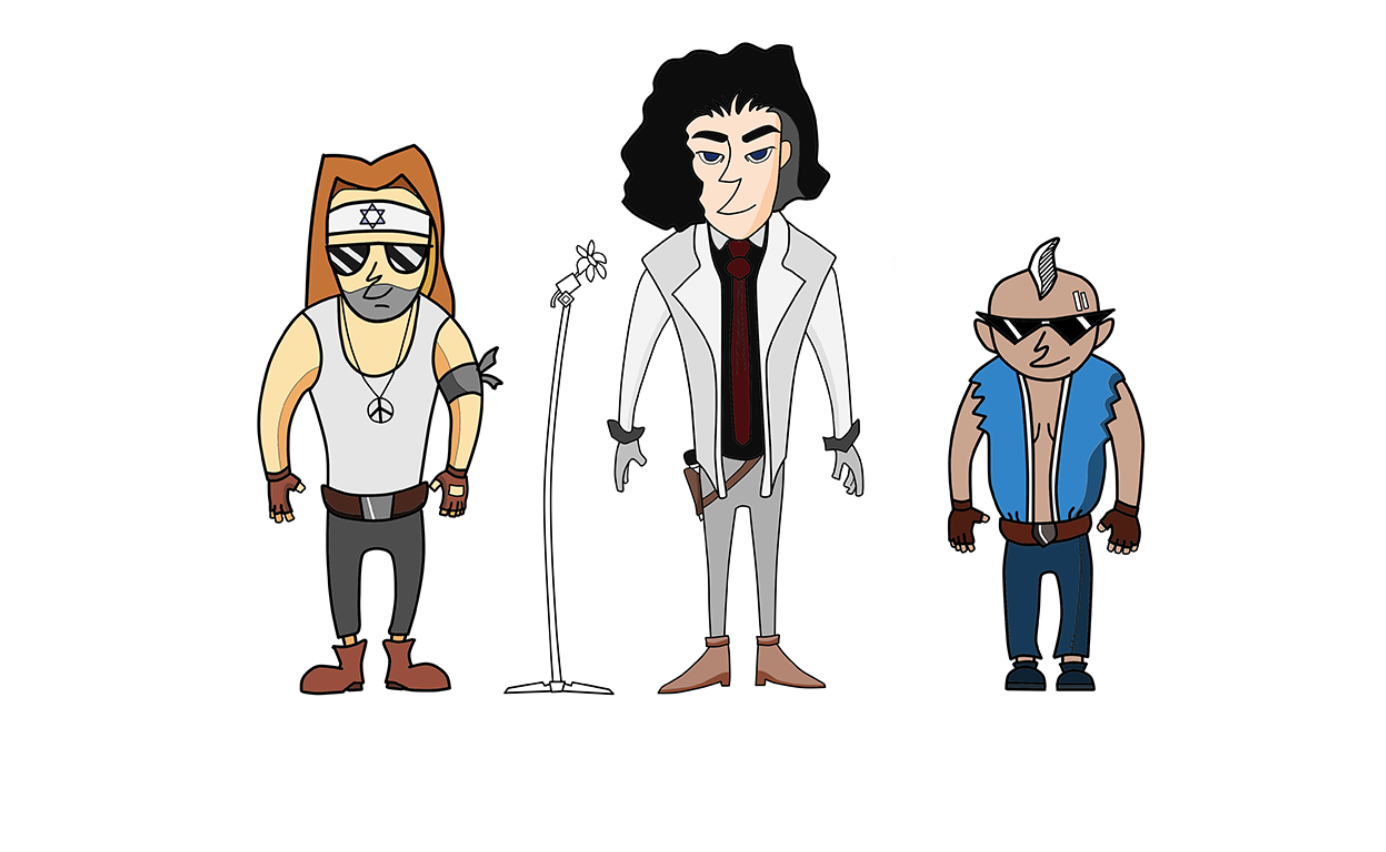 Dancer lose her self-confidence and self-esteem due to a competition.
which leads her injured 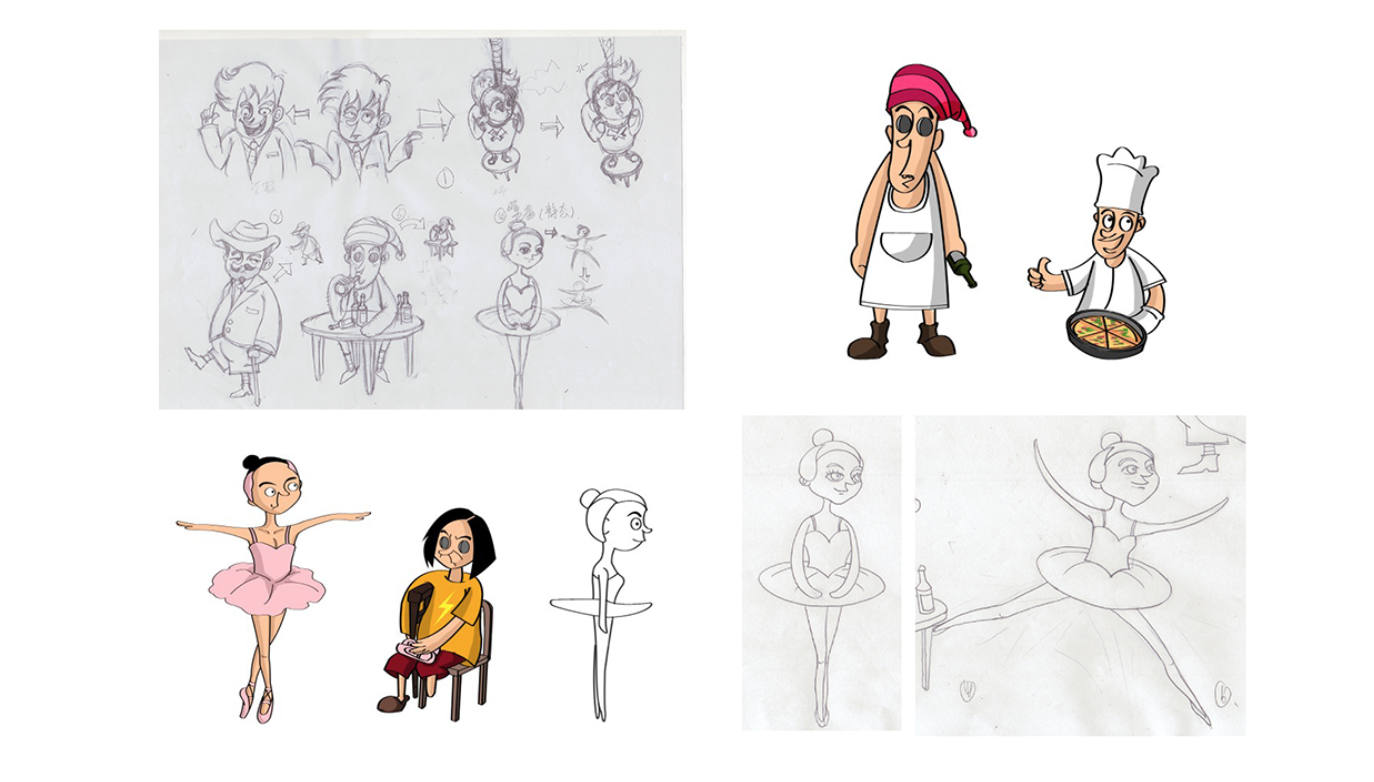 This part is the character design of a boxer, who was a champion before. However, he is disqualified to attend any game due to alcoholism. Afterwards, he feels passive and lonely, and then becomes a fat man. 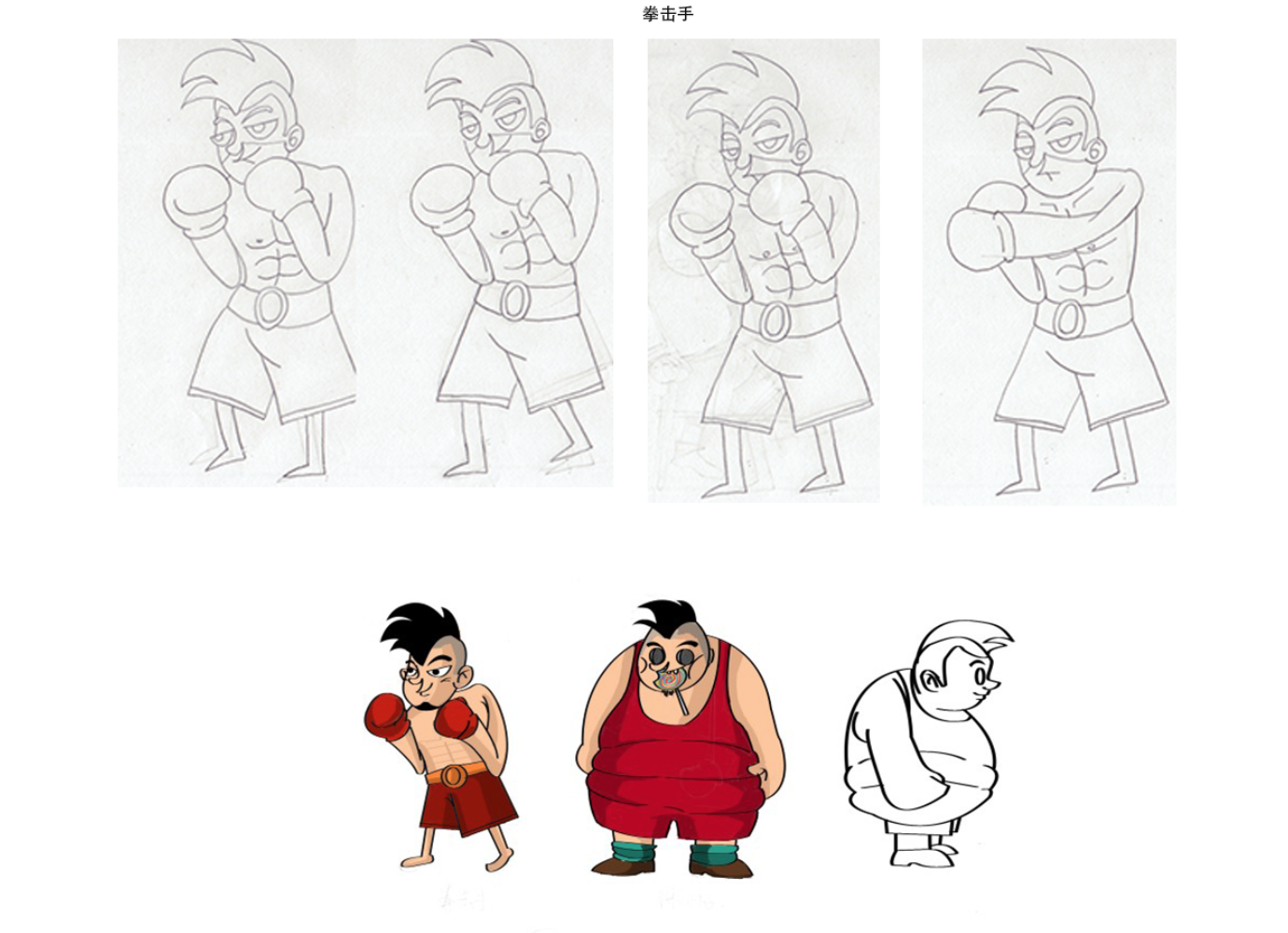 Because of failing in the exam, an excellent student starts to face life with passive attitude and becomes a bookworm. At last, he enters into an endless loop. 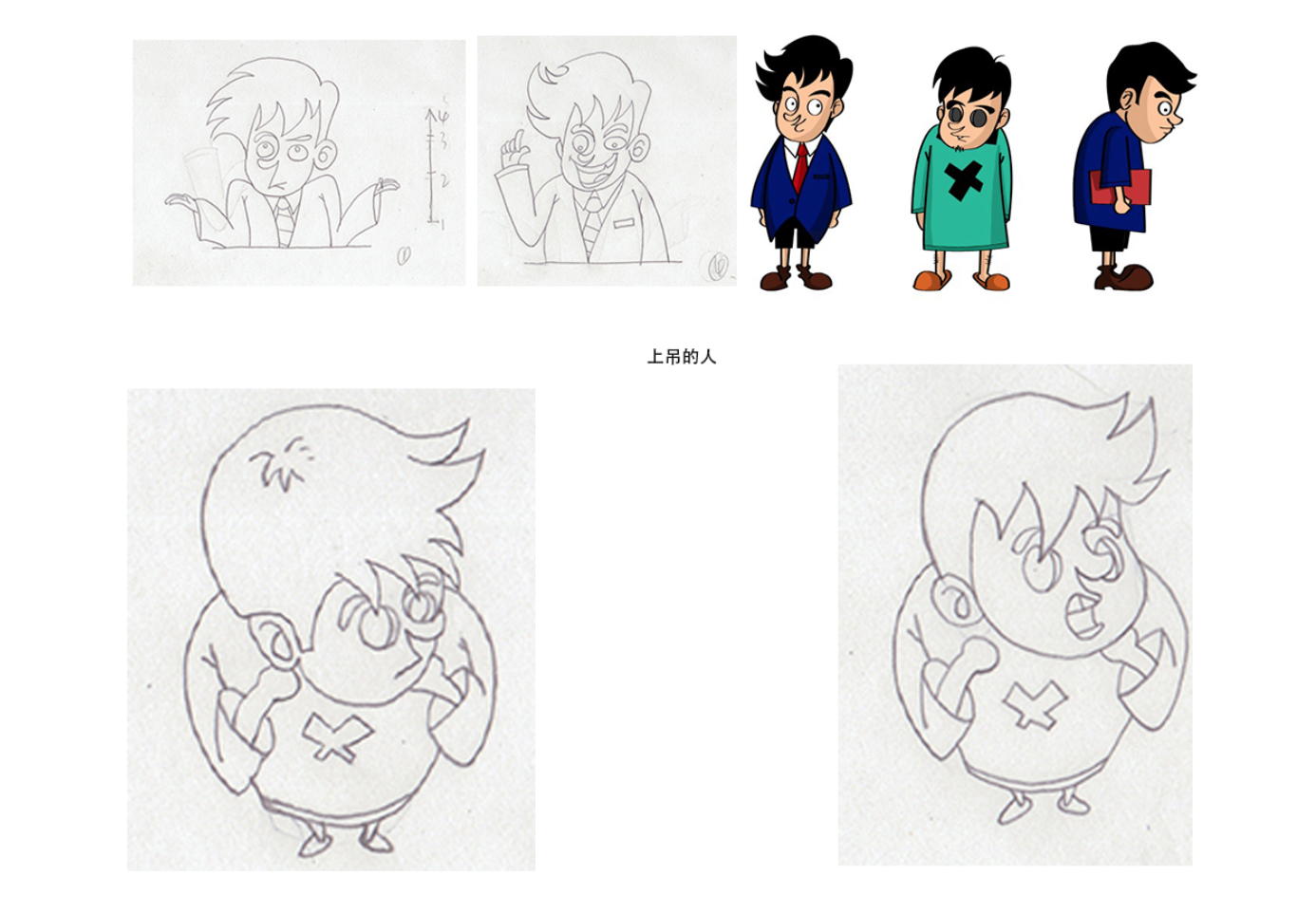 A rich man is possessed of great wealth but extravagant. One day, he leaks trade secret due to carelessness. Afterwards, he is bankrupted and facing prosecution.

A chef of the high-class Michelin Restaurant has been cancelled qualification certificate due to guest’s food allergy in a banquet. The tragedy is that the guest was poisoned to death.

Before singing and playing of the band, there is a
scene to enhance the atmosphere and draw forth
the singing, which is also the clue of the whole video.

Kick Out A Crack

he band’s feet trample the music rhythm and kick out a
crack on the roof. It is a blasting fuse of the collapse of t-
he building.

Each following scene will show up chasing the crack.

The old man choose to take medicine to end his life

The man want to commit suicide by hanging.

The dancer whose leg broken 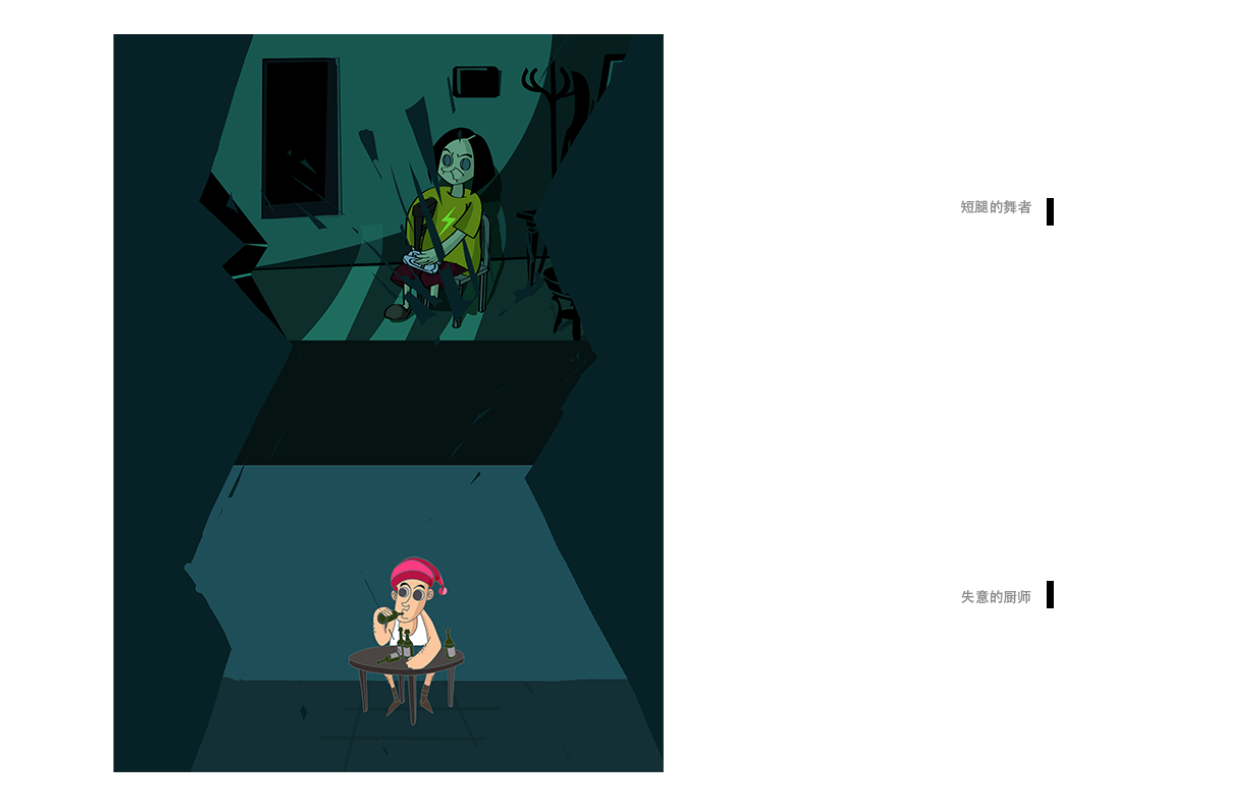 The boxer were still eating even though closing to death 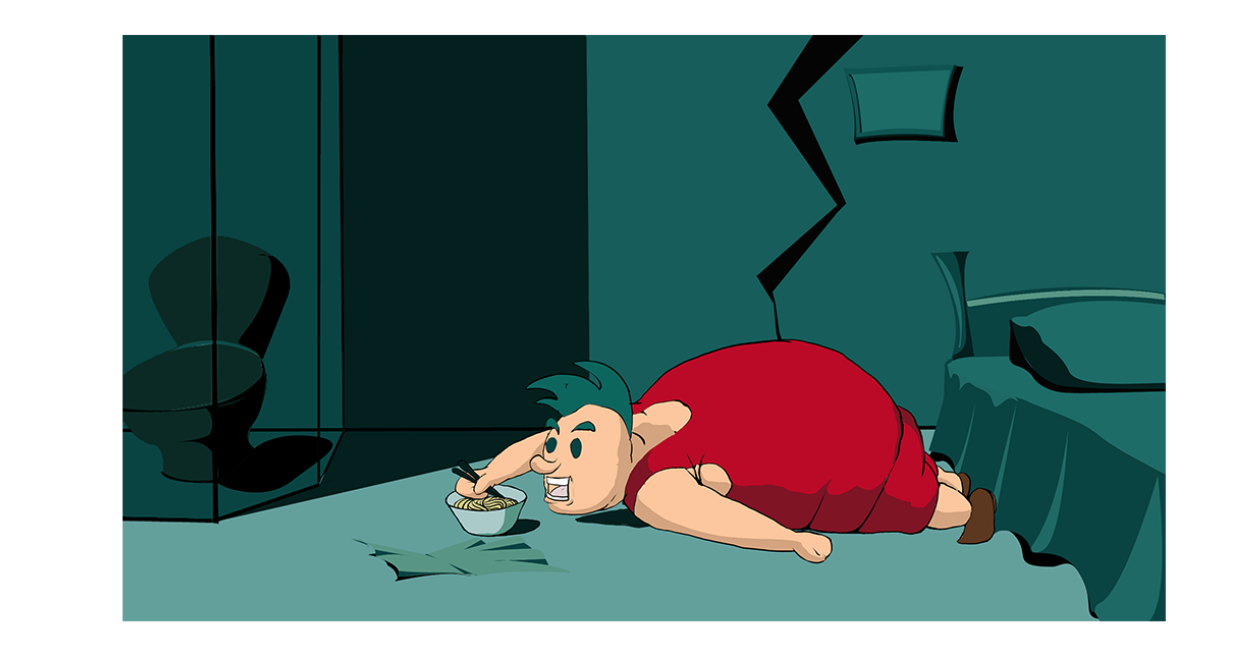 The whole building collapses when the story comes to the climax 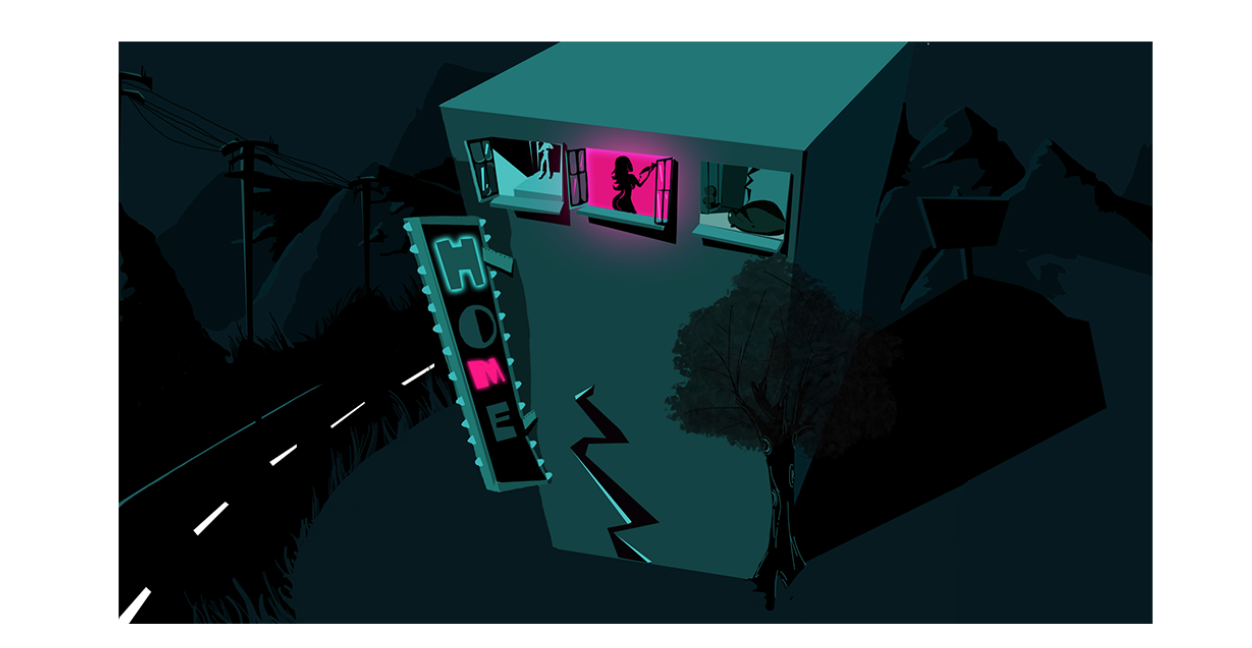 Smog arising is conducive to the shot transition in this
screen.As the smog disappearing, the protagonists co-
me on the stage

As the smog disappearing, the protagonists come on the stage

They haven’t gone out of the building for a long time. When they come out, they are totally stunned by the scene in front of their eyes. The entire building is covered by darkness due to their grievance. At that moment, photos of their glorious times fly in the air

At last, they see their previous glory, recall the past, and regain confidence in life

Actually, what we want to convey is simple. The fact that people in the building can take that step and regain confidence in life not absolutely owes to the band. It is because they have seen what should belong to themselves. We have already lost many things so far, why don’t we be more tolerant and give more chances to ourselves? In the world, there is no difficulty that cannot be overcome. We should seize the opportunities, live everyday happily, and do not let ourselves regret any more 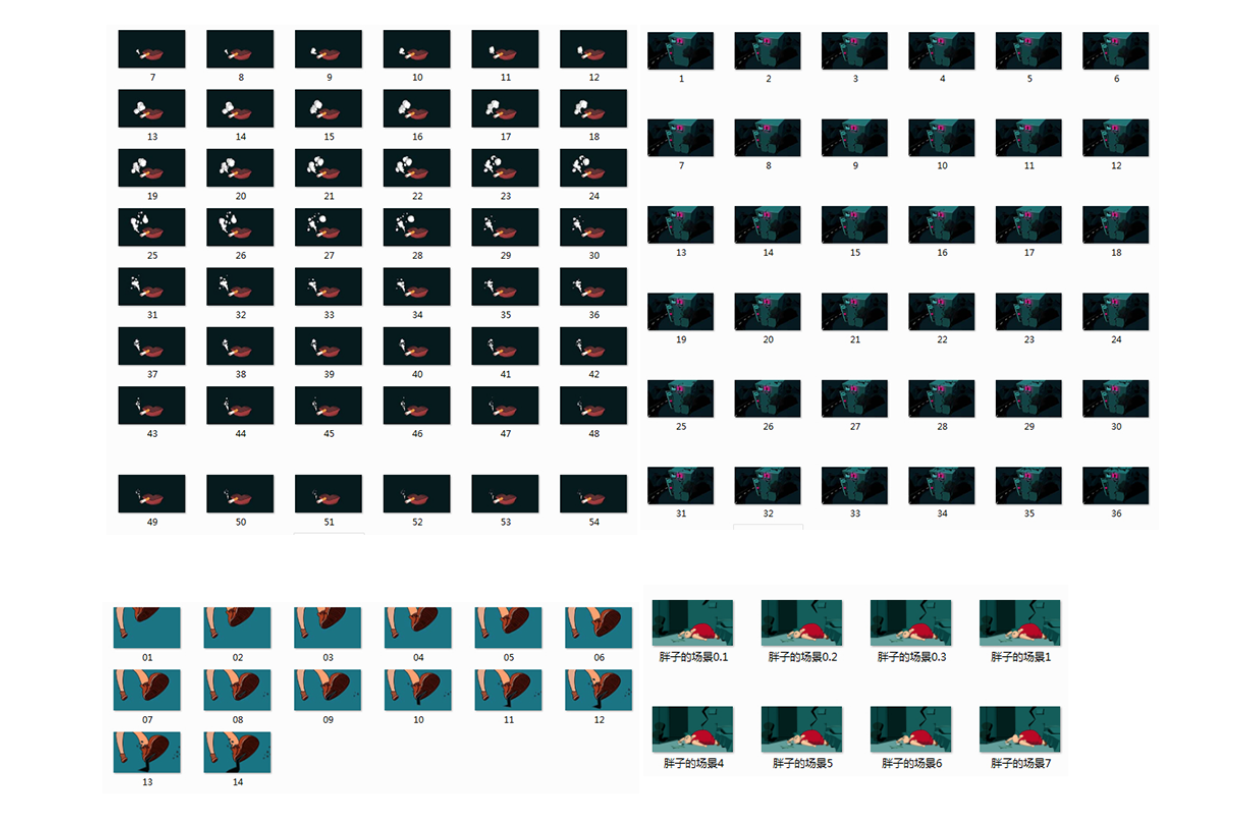 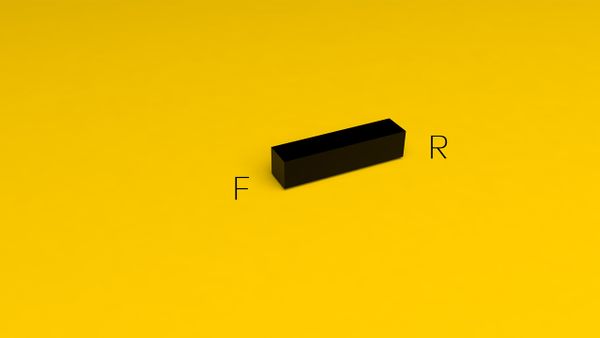 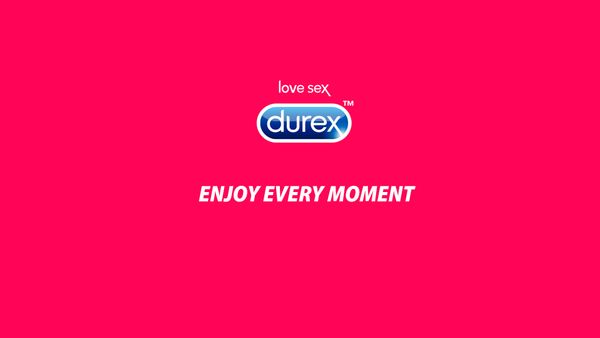