What we made was an interactive somatosensory device based on spatial Kinect to demonstrate that one's lifetime was consist of various substances, which was inspired from the Seven Deadly Sins in Bible as well as the id, ego and superego established by the famous psychoanalyst Sigmund Freud. I chose elements like eyes, religion, brands, mouths, food etc. to illustrate the broad and narrow definitions of the Seven Deadly Sins: superbia (pride), invidia (envy), ira (wrath), acedia (sloth), avaritia (greed), gula (gluttony) and luxuria (lechery), and show who you are. It is also a process of identifying your id, ego and superego after putting on shackles step by step. The purpose of adding lots of elements in the whole process is to let people understand the philosophical idea that we hope to spread. At the beginning, it was an adventure to raise such an idea as it related to philosophy and psychology, which needs abundant literature to support. However, after I demonstrated my idea, other group members were all on my side. Drama: The drama is about the differences inner and out beauty of the human, which is caused by personality, character istics and the external influences. Because of influences from others people change and might forget their ‘real me’. Story: Nowadays we love brands in which we are influenced and covered highly. As a result of this we might loose our own characteristics and our outer beauty. We are made by external influences instead of our own inner beauty. By wanting to wear famous brands we become copycats instead of acting who we really are. Therefore, we need to face the real ‘inner self’ to be aware of our own feelings. Production & Interaction: This is an interactive installation in a public space based on performance art. The behaviour can be divided in three steps. The visitor is guided to through the process of finding its inner self. At first the screen in front will be fill ed with fake famous brand logos. When the visitor comes closer the brands gradually disappear and a simple body outline will appear. Around the body the 12 zodiac- animals signs will appear which the visitor can choose by hand and body gestures. By grabbing the shadow of the animal, the visitor can place the animal figure over its own head. Characteristics of the animal will be displayed in words on the screen and experience 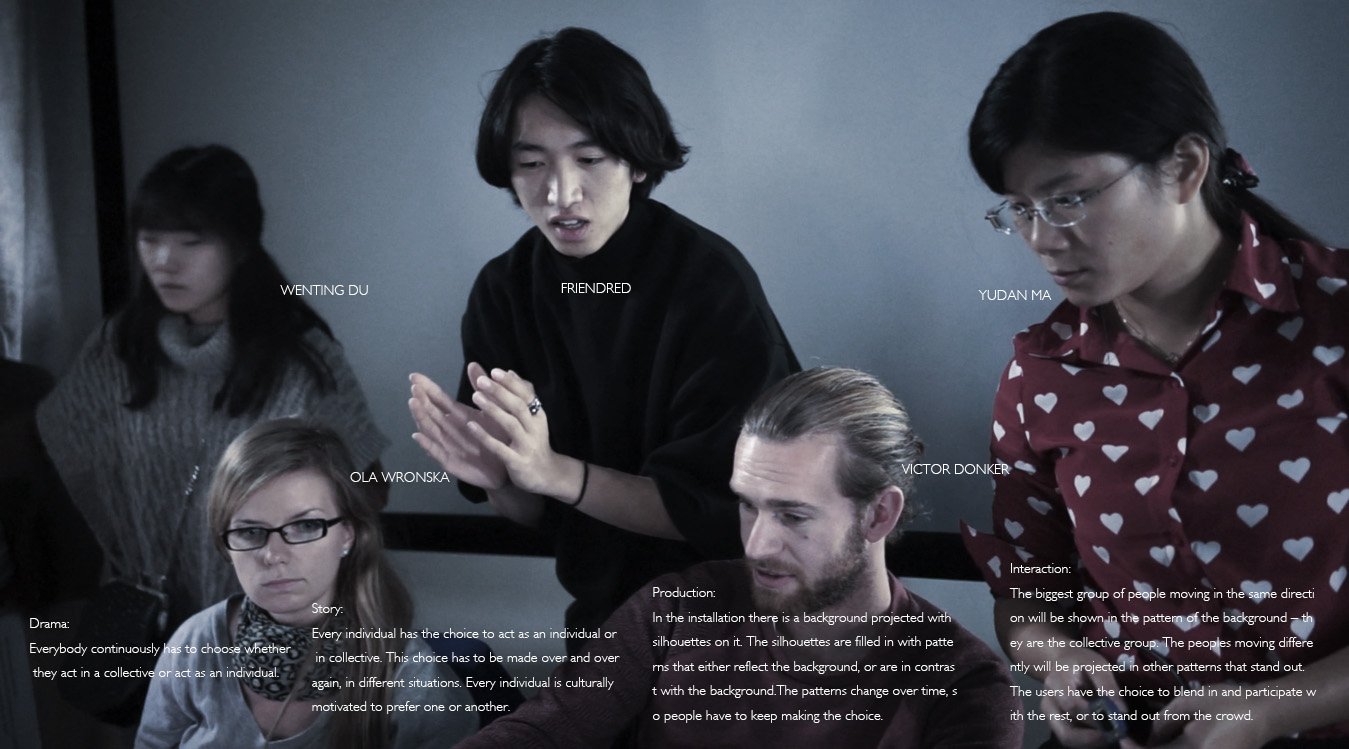 here is the whole process, you need to walk seven steps in front of the Kinect to complete the whole process, there are guiding marks on the floor to inform you which step you have taken. Each step represents its unique meaning, every time you take the step, you need to choose elements that you prefer and put them on your body. After the whole seven steps, you will see yourself on the screen pasted by different labels, meanwhile, imagines captured by video on both sides show how you behaved during the seven steps. It perfectly shows what kind of people you want to be: one is the people with many shackles, the other is who you really are.

I really benefited a lot from the workshop. What I learned is not only how to describe your own thoughts but also how to communicate with others. During talking with Dutch students, besides getting knowledge of the interaction methods, the collisions of thoughts and cultures give me deeper understandings of cultural charming from each country. In order to solve the problems, we had discussions every day and exchanged our own idea every afternoon. Finally, we successfully presented our idea in front of the public. I and Victor are student leaders of our own country and often made sparkles by thought collision, which created a better group atmosphere indeed. Thanks to the workshop, I have established a deep friendship with many people, which is a lifelong treasure for me. 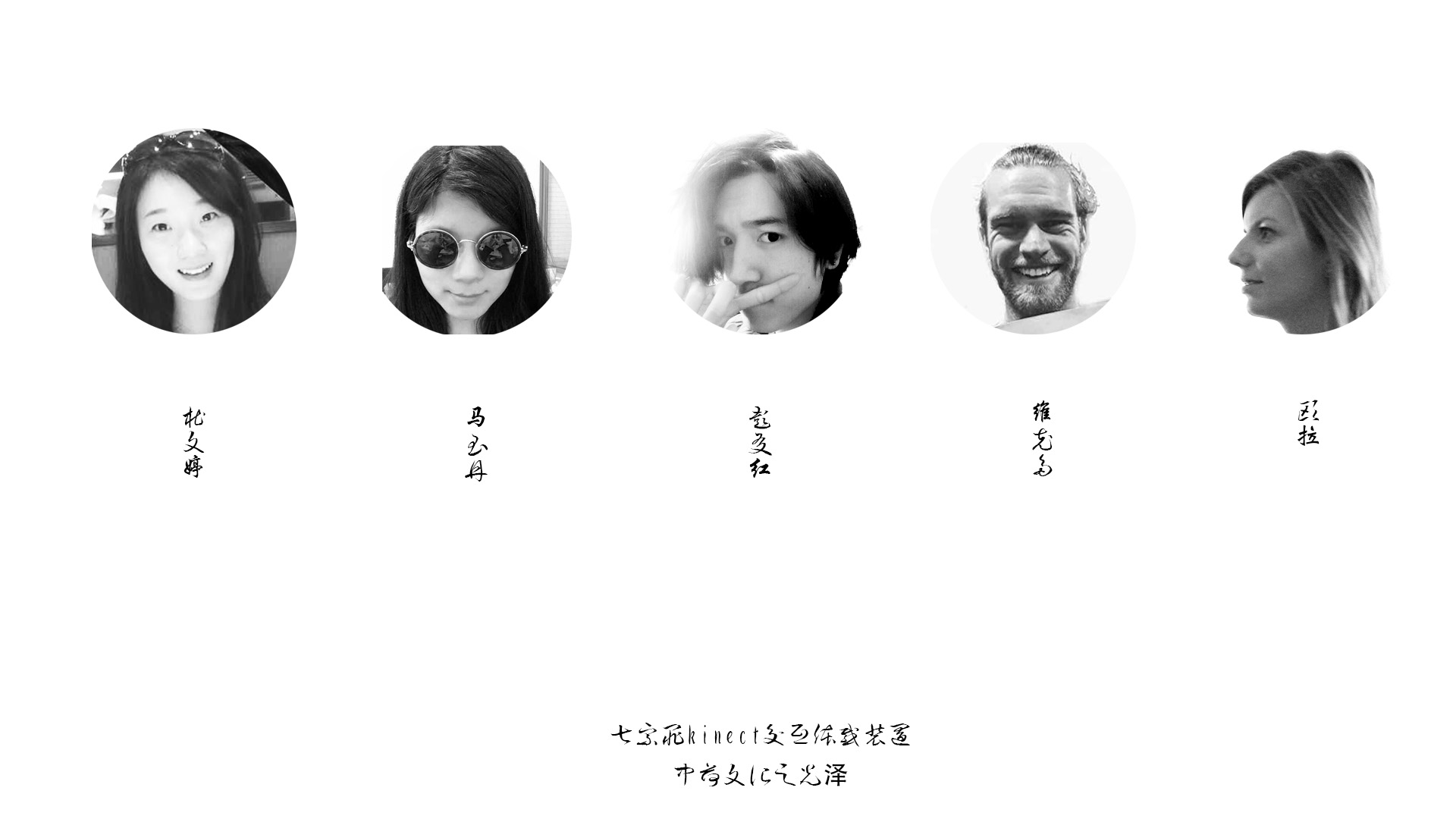 Our team members are made up by three Chinese students (Friendred, Yudan Ma and Wenting Du) and two Dutch students (Victor Donker and Ola Wronska). I was responsible for major designing work of the concept of the whole process, interactive process, materials, visual and installations, a part of code wring, presentation, exhibition setting, video making, testing work and so on.

Initially I tried to express human lust and flounder by projectors.Although the idea was good, it was difficult to realize,as we had to consider problems from different aspects. For example, in what kind of exhibition room and by what means letting the audience devote themselves into the situation and be able to understand our idea of philosophy. We spent a lot of time thinking about these issues. 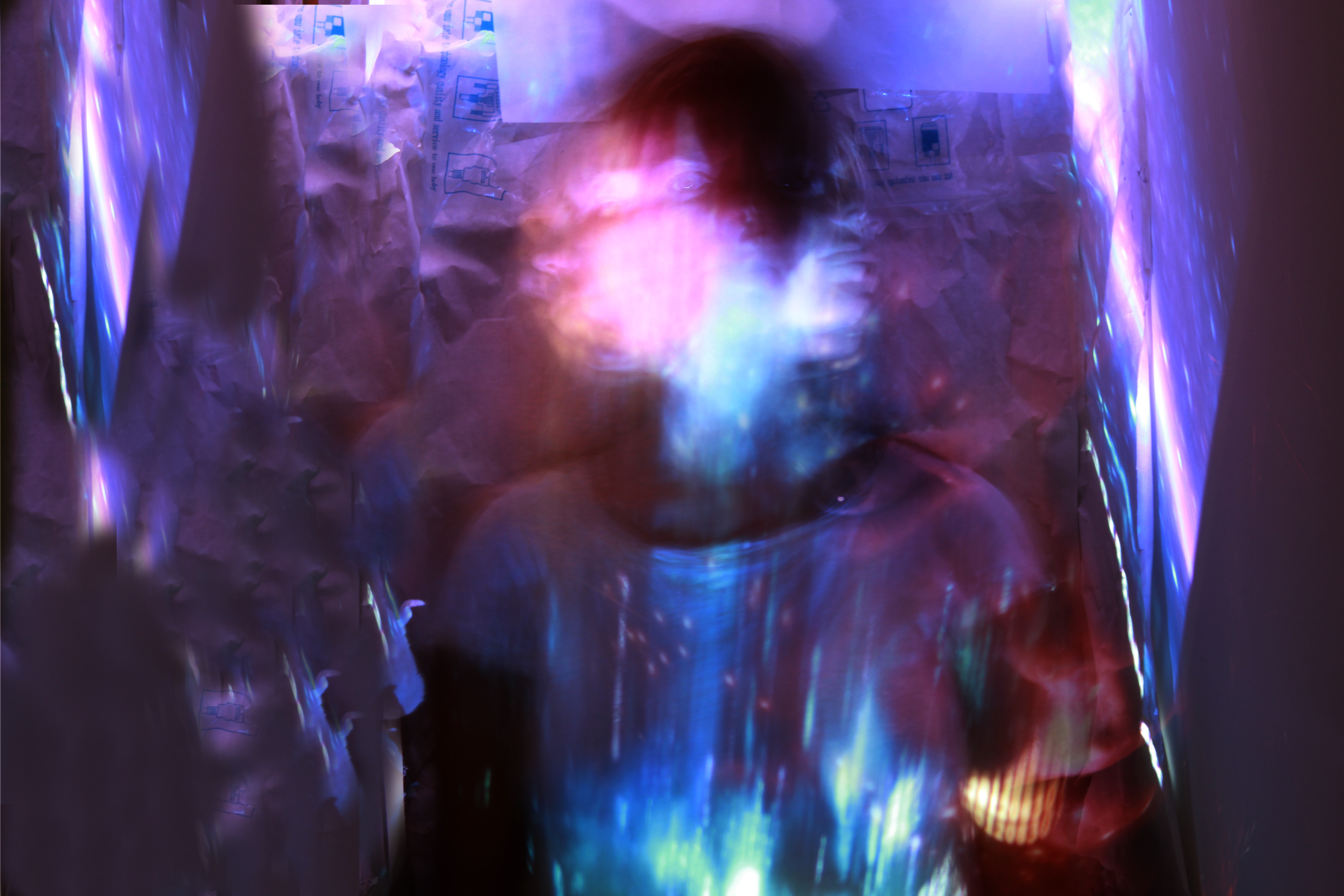 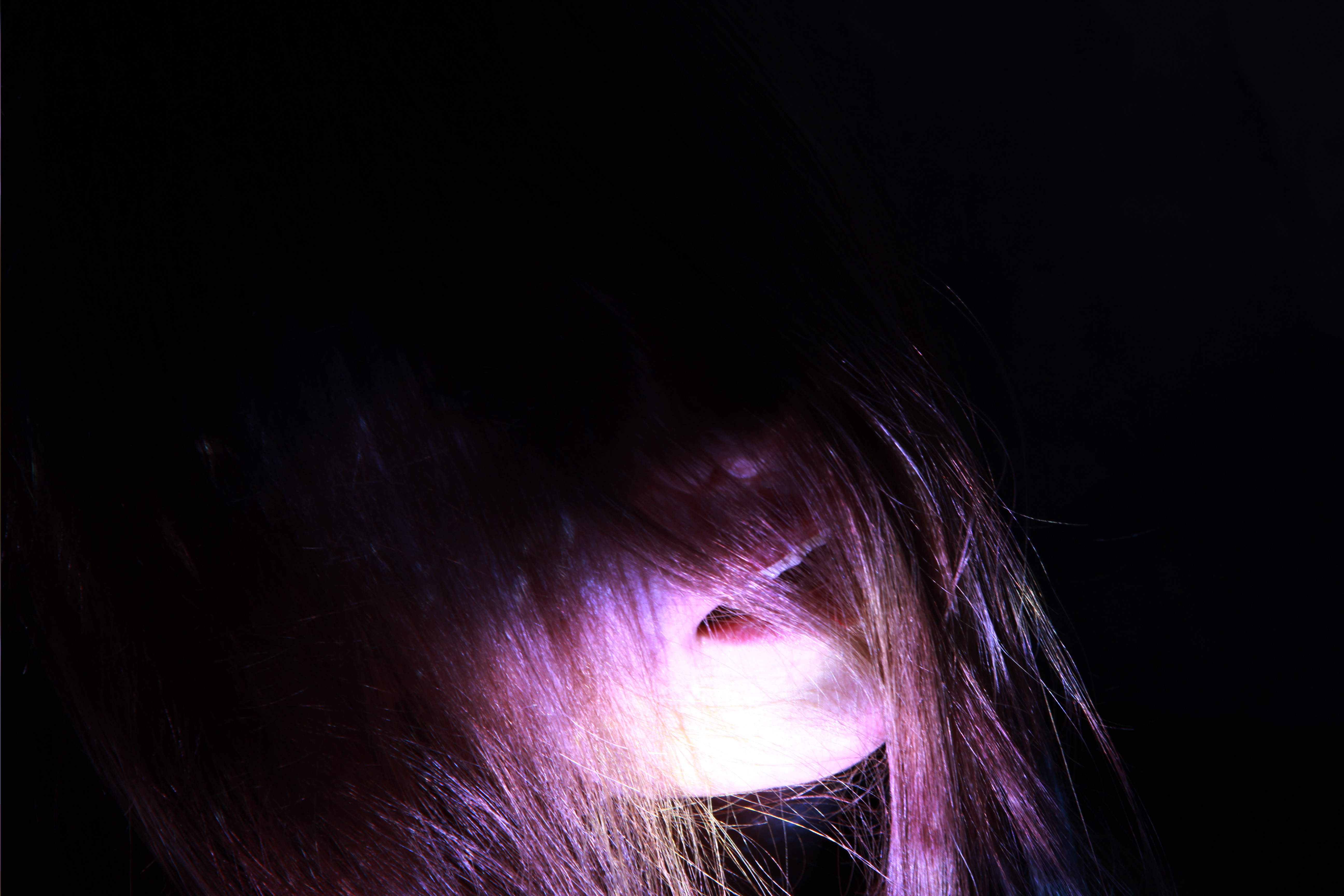 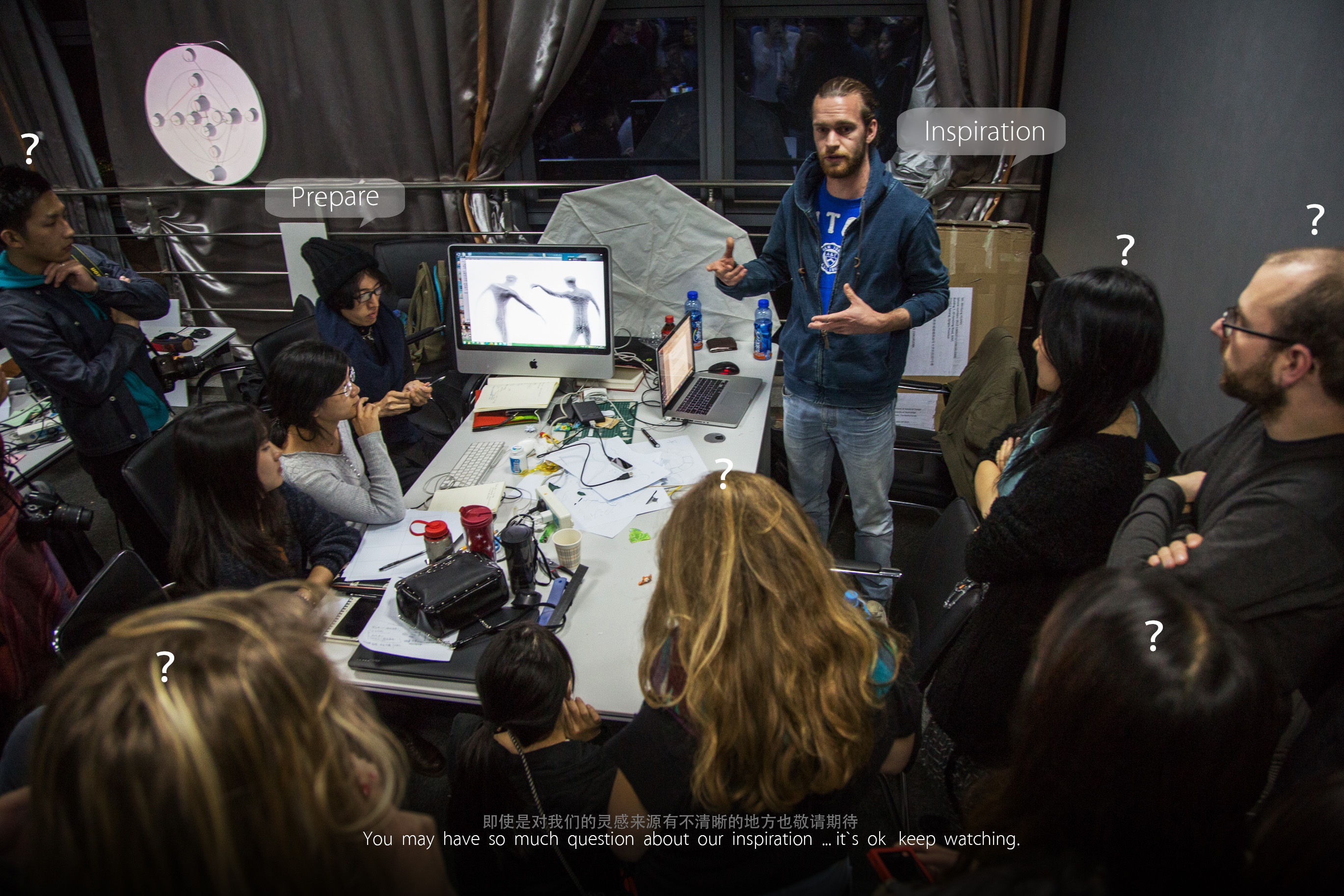 We made a presentation each day to summarize the results of discussion and follow up the status of model completion as well as concepts update and iteration. 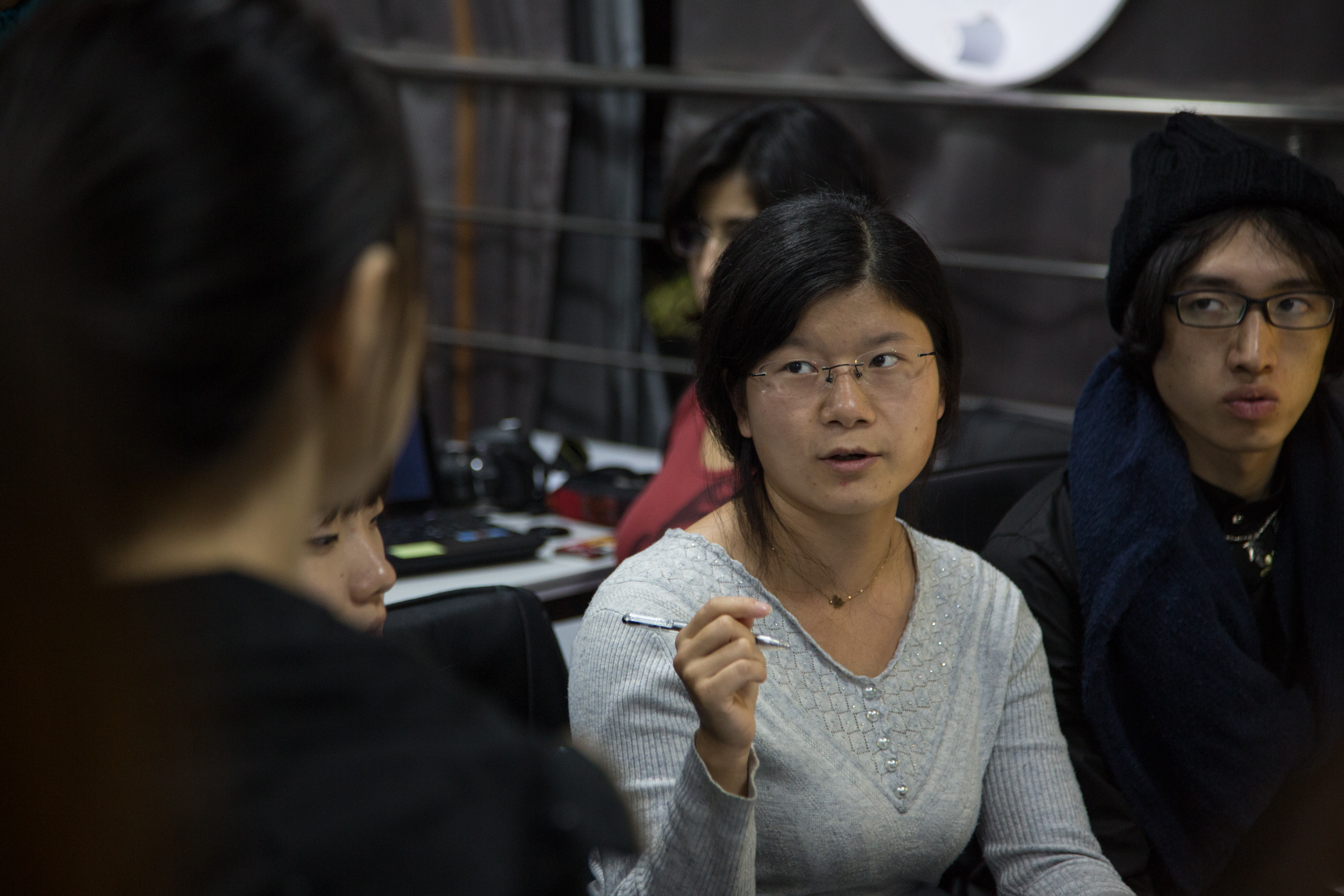 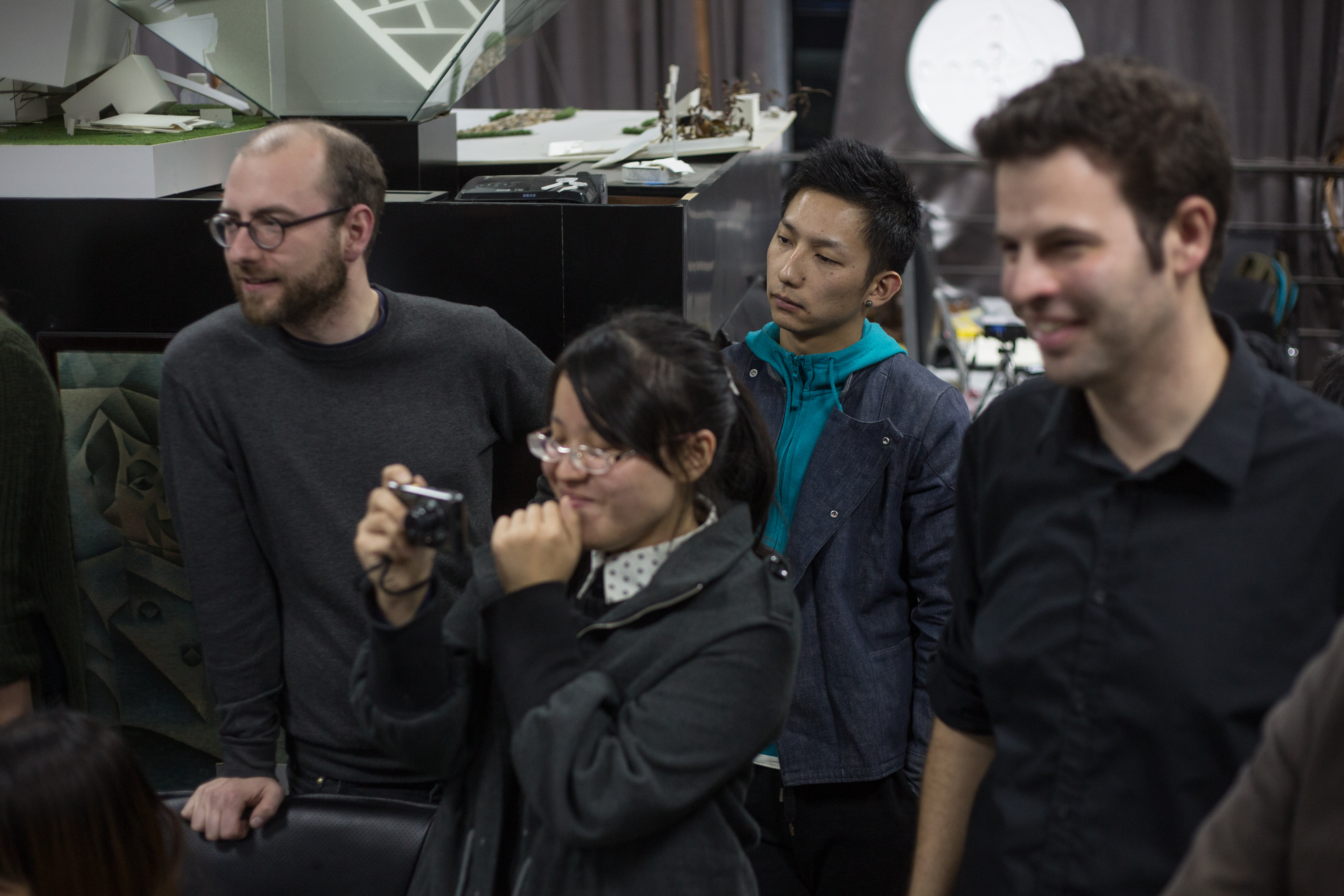 After updating our thoughts and ideas again and again, we finally made an agreement on using shadow as the element. Shadow not only represents the ancient Chinese shadow puppetry but also is what a person cannot get rid of, which perfectly expresses people' s lust and flounder. 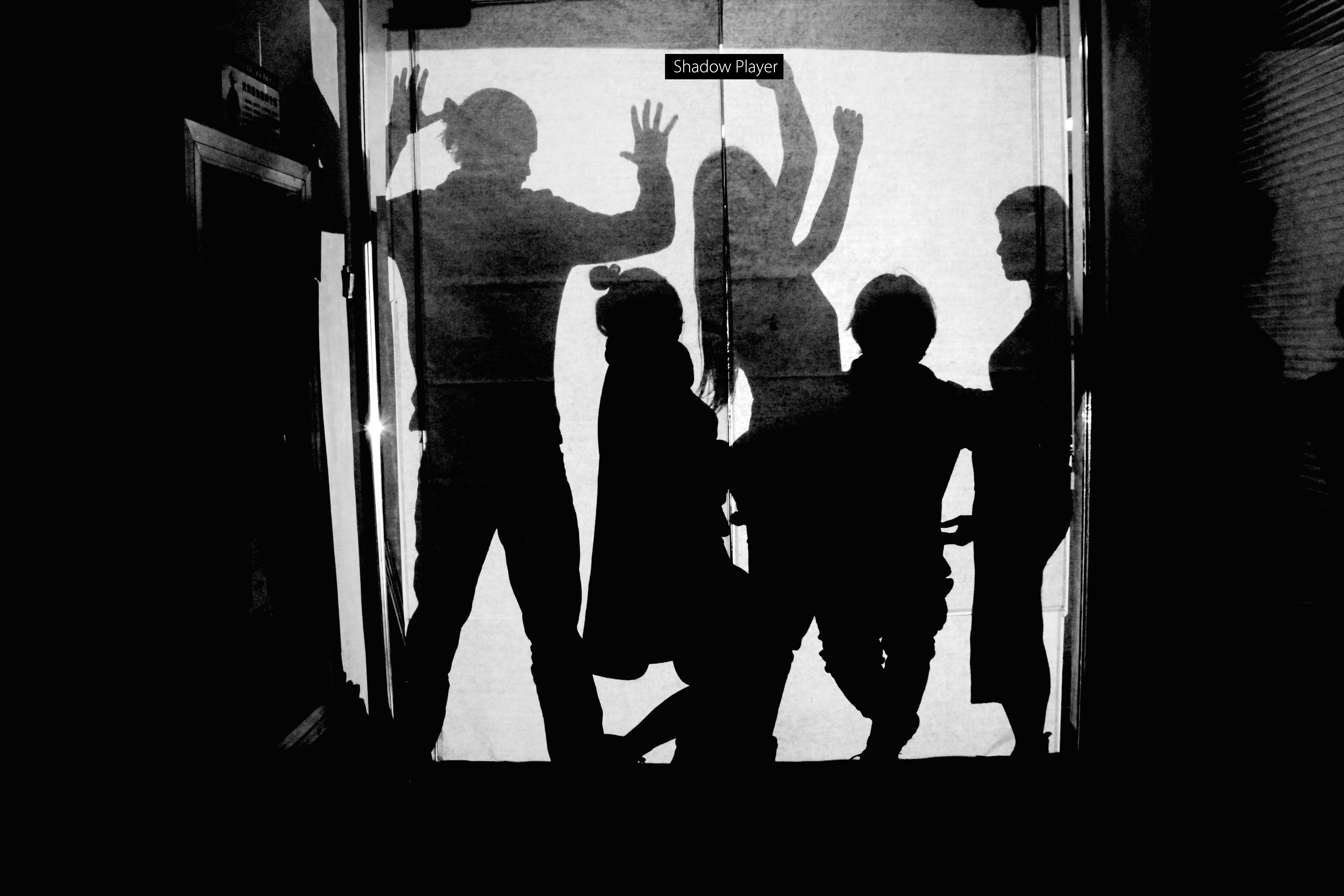 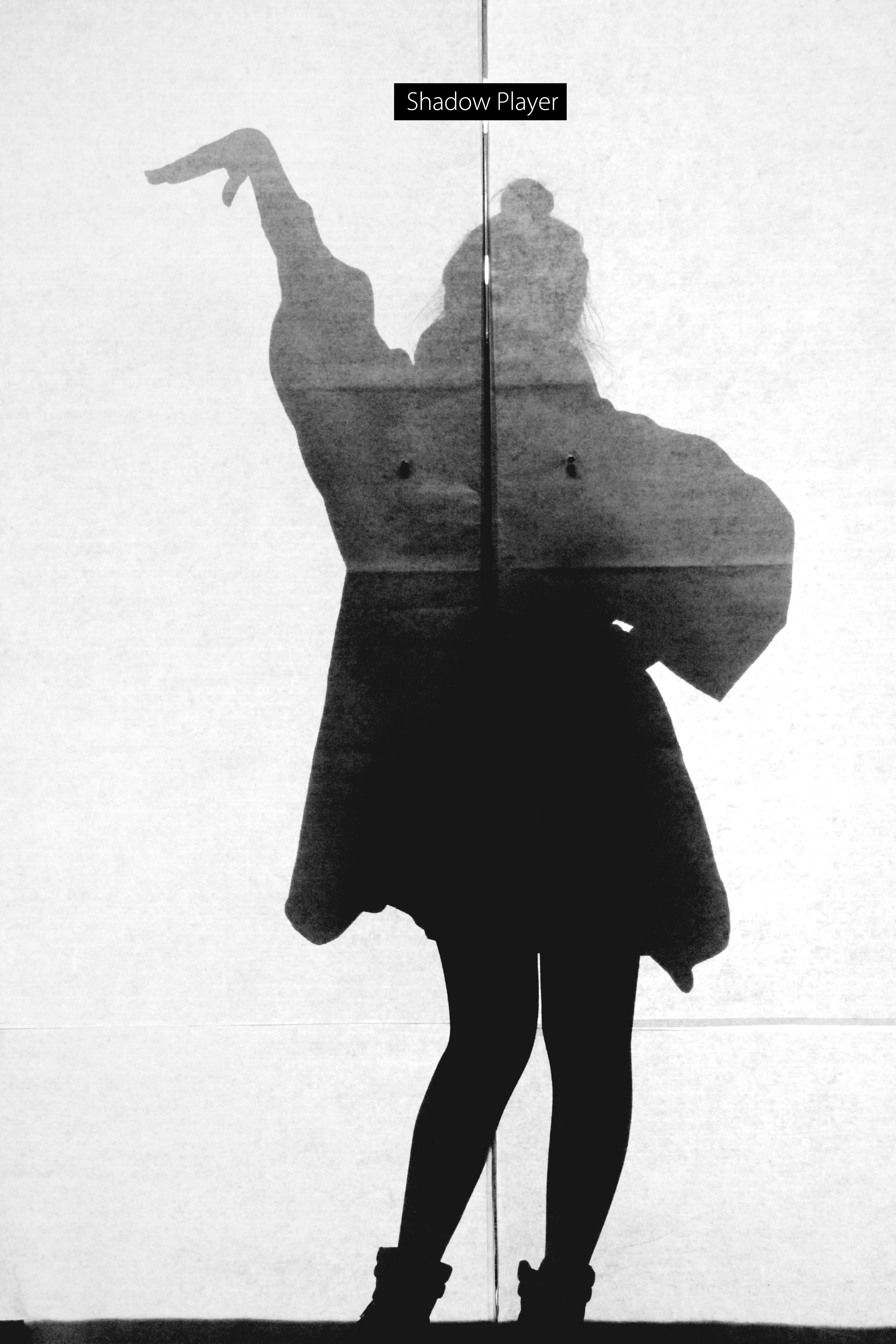 After choosing the shadow as the basic element, I did a large amount of work on building models, and showed my thoughts to the tutor and other groups for further discussion on feasibility. 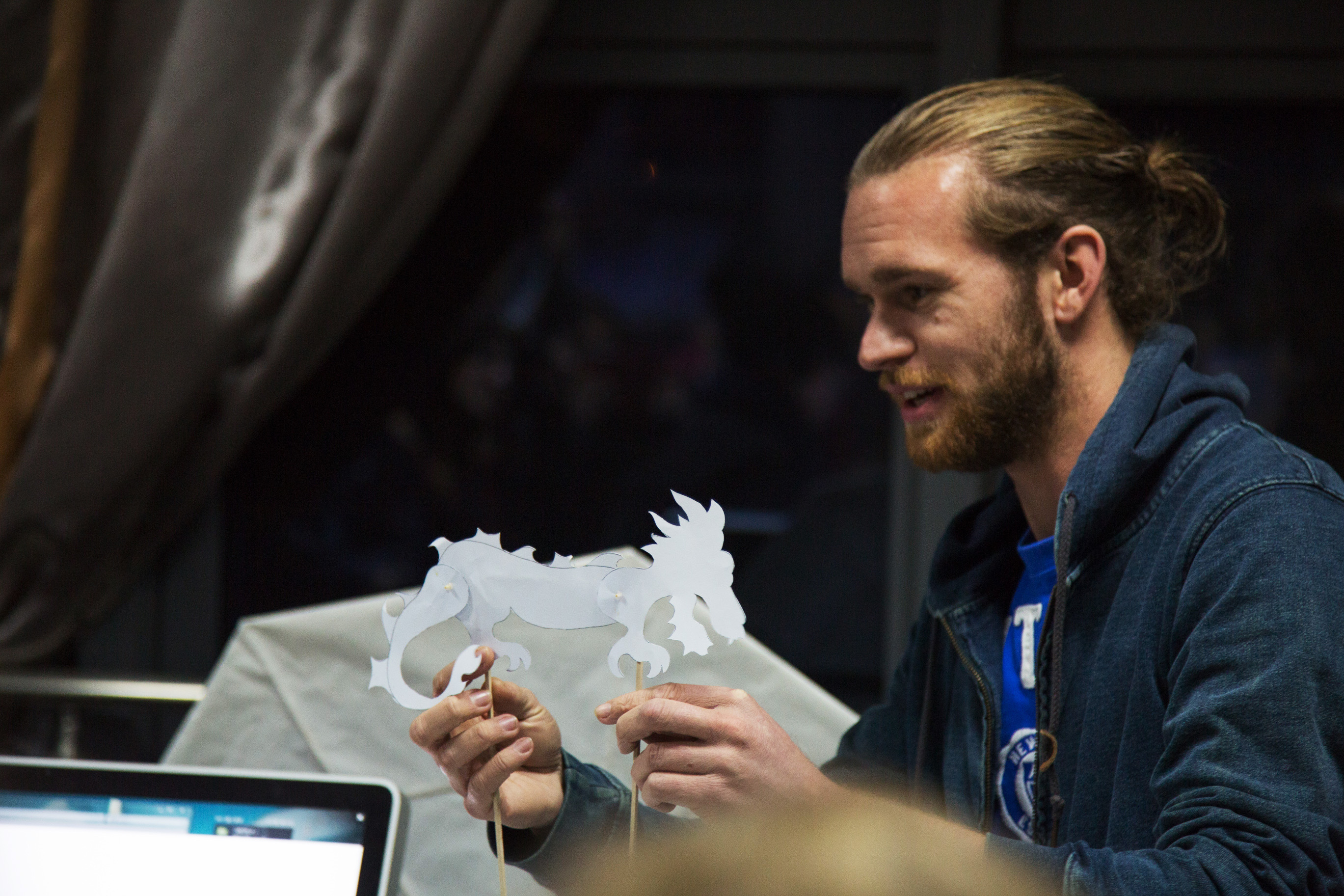 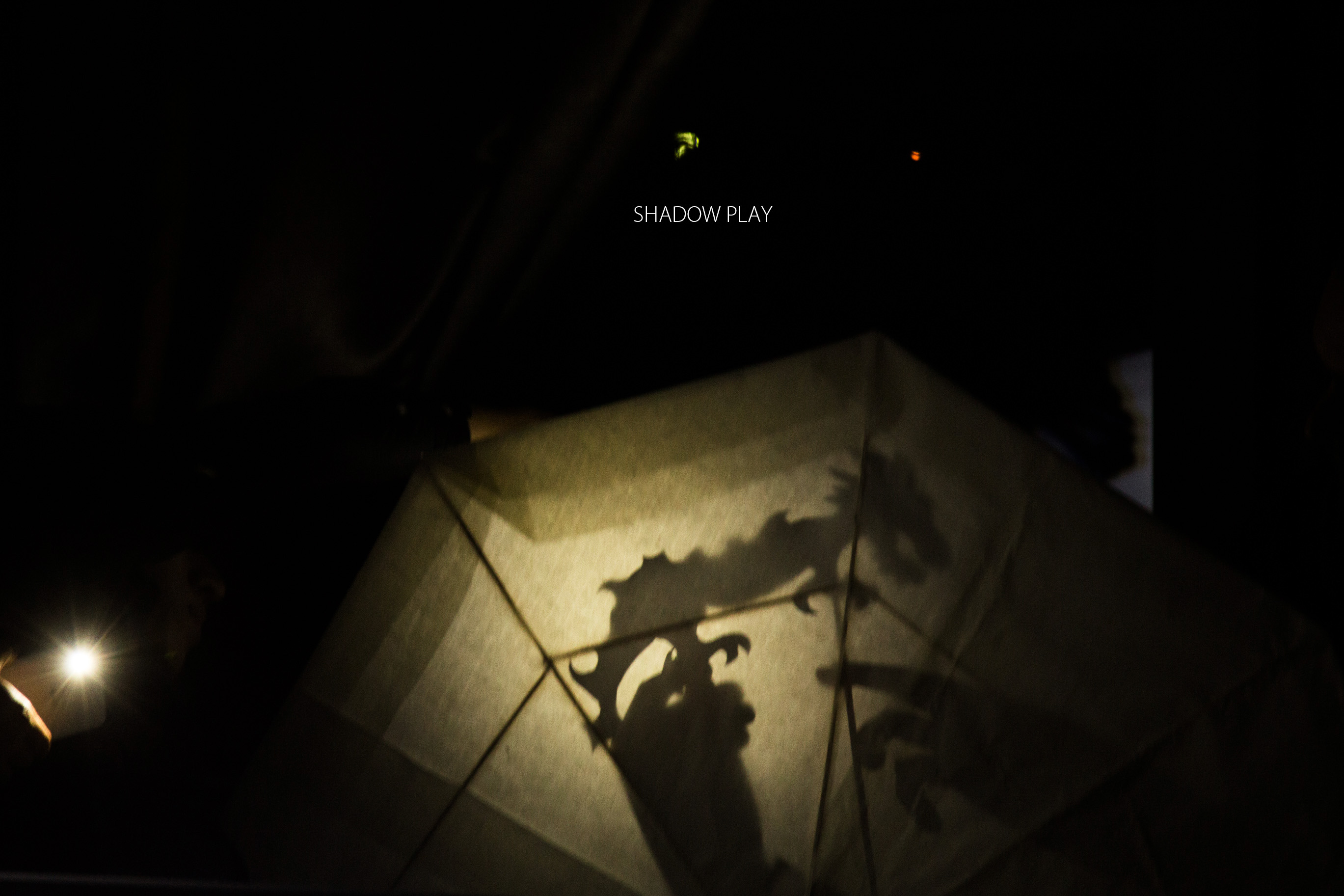 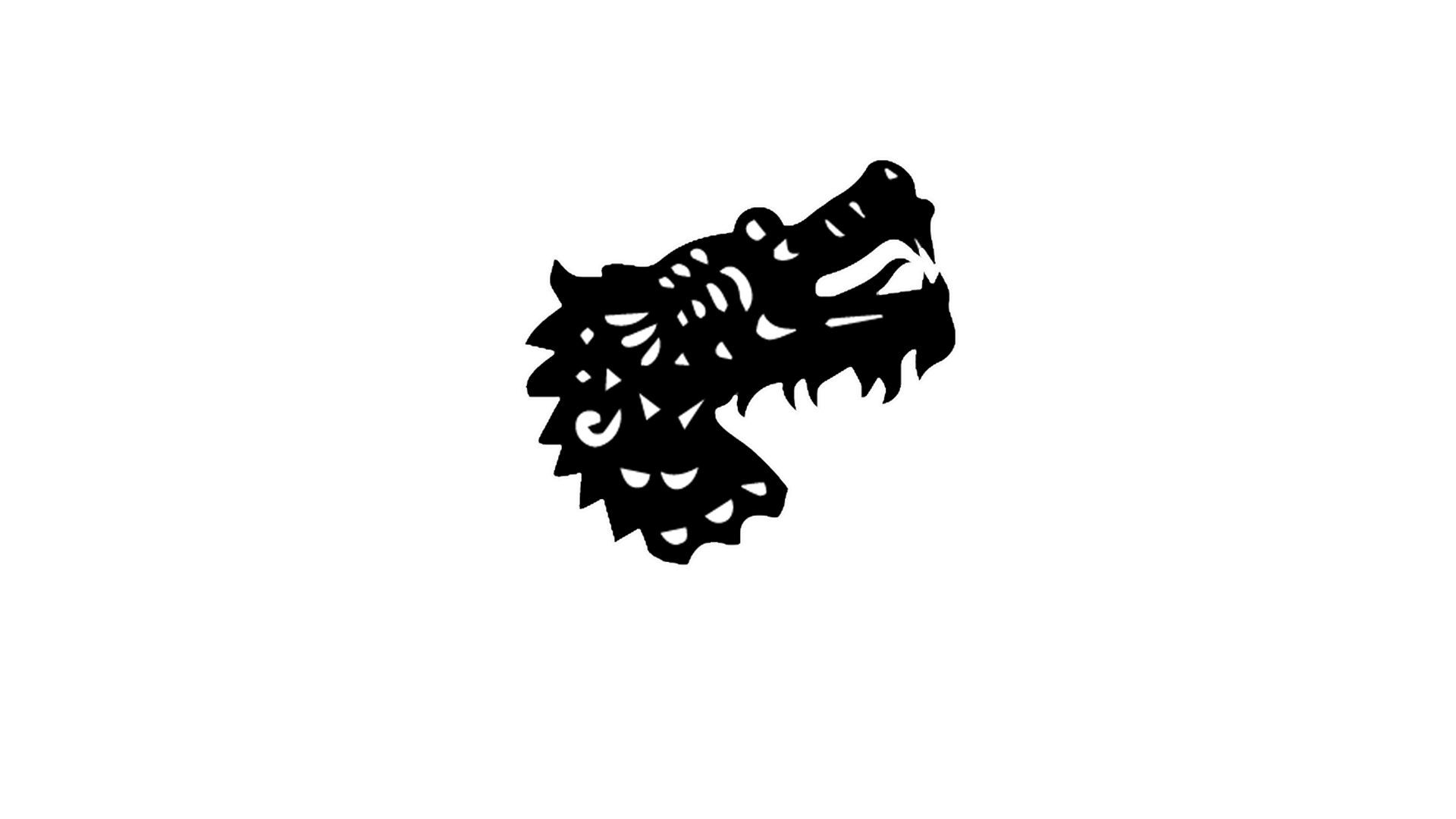 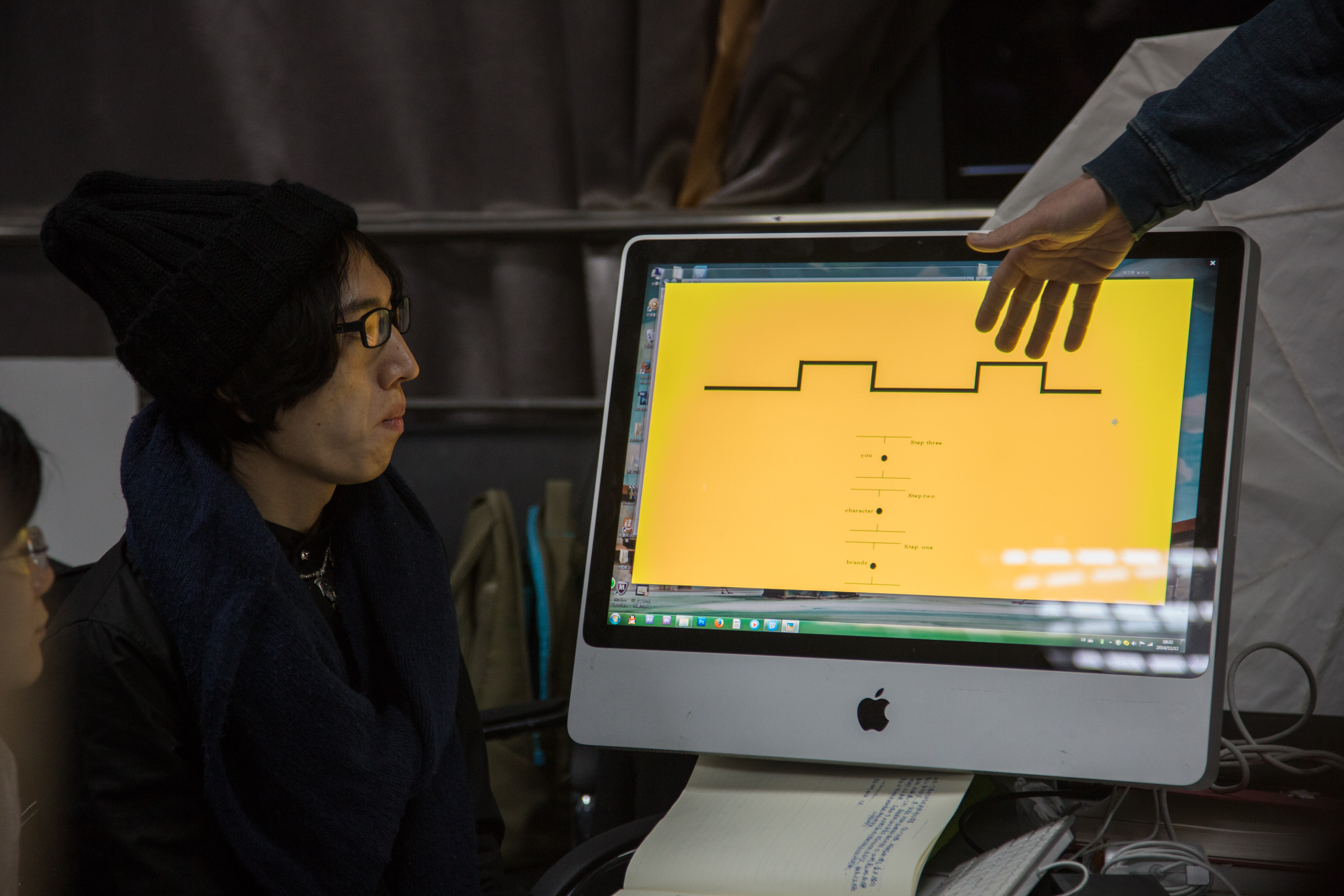 During thinking about how to better present the interaction work, I thought of the Quatrain of Seven Steps by Caozhi. It is a famous Chinese ancient poem which literally talks about seven steps but implies rich thoughts and feelings. Although what we aimed to express was different from the poem, it was a good try to take the example of the seven steps which also matched with the Seven Deadly Sins in Bible as well as the id, ego and superego established by Sigmund Freud. Therefore, the installation was divided into two parts: three big steps and seven small steps representing the id, ego and superego and the Seven Deadly Sins, respectively. 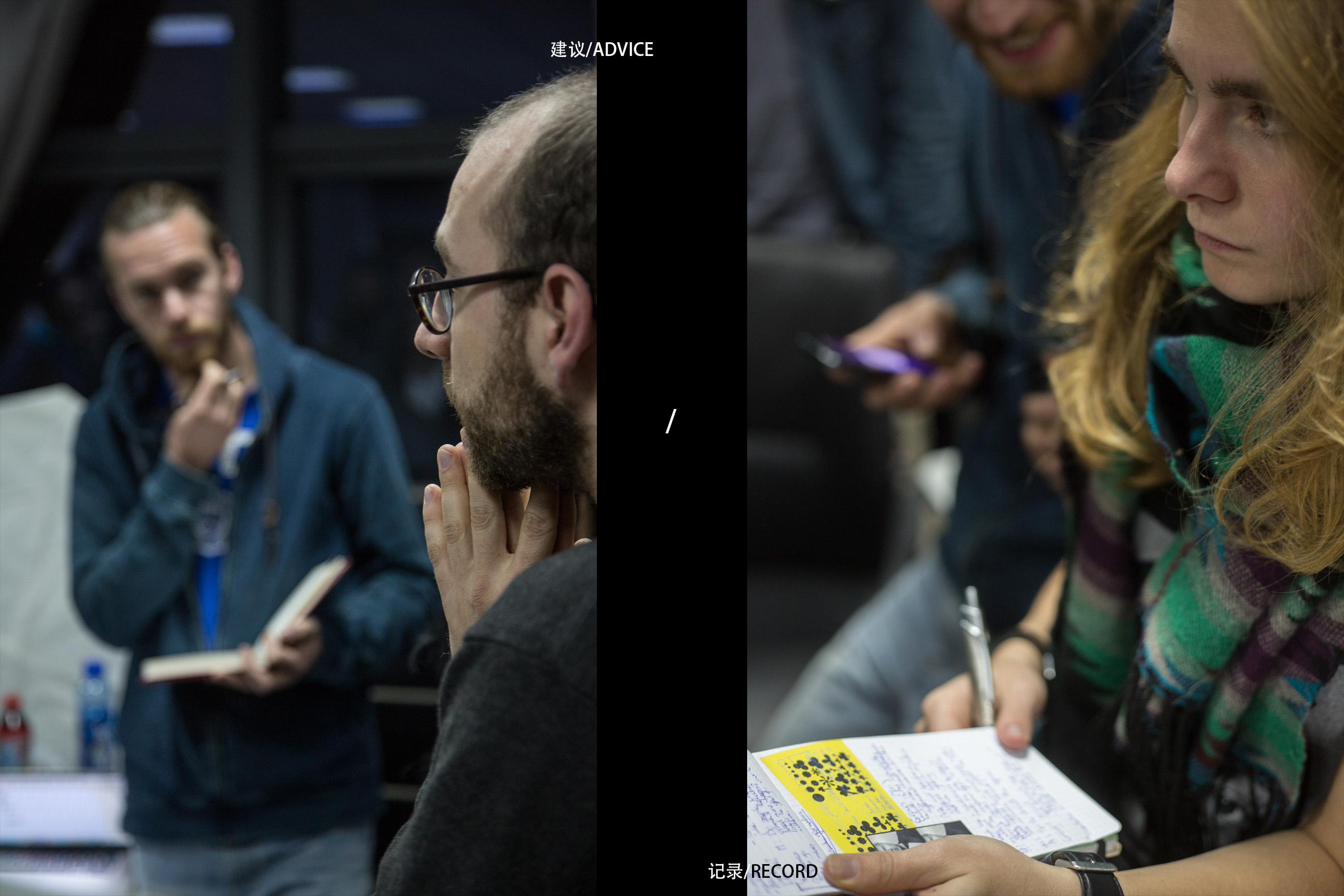 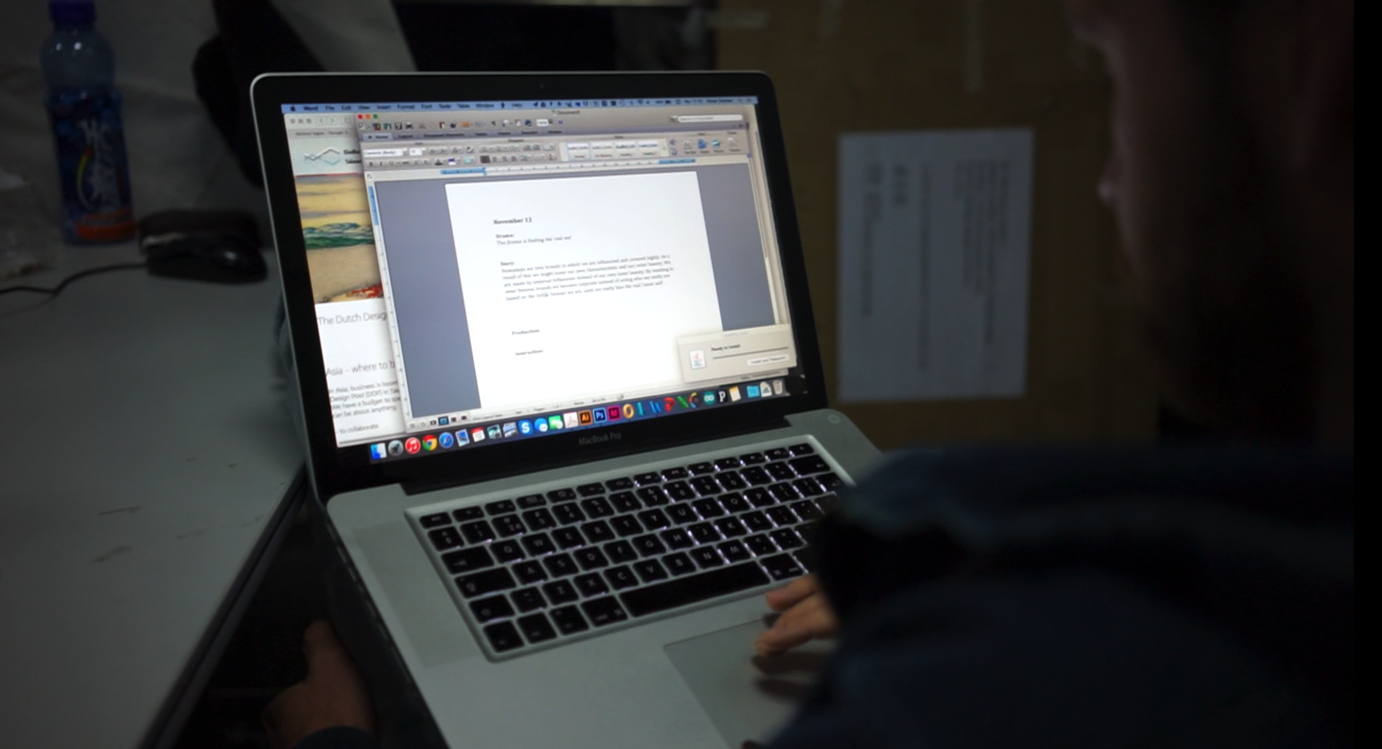 Followed was code writing time, where we faced lots of problems. 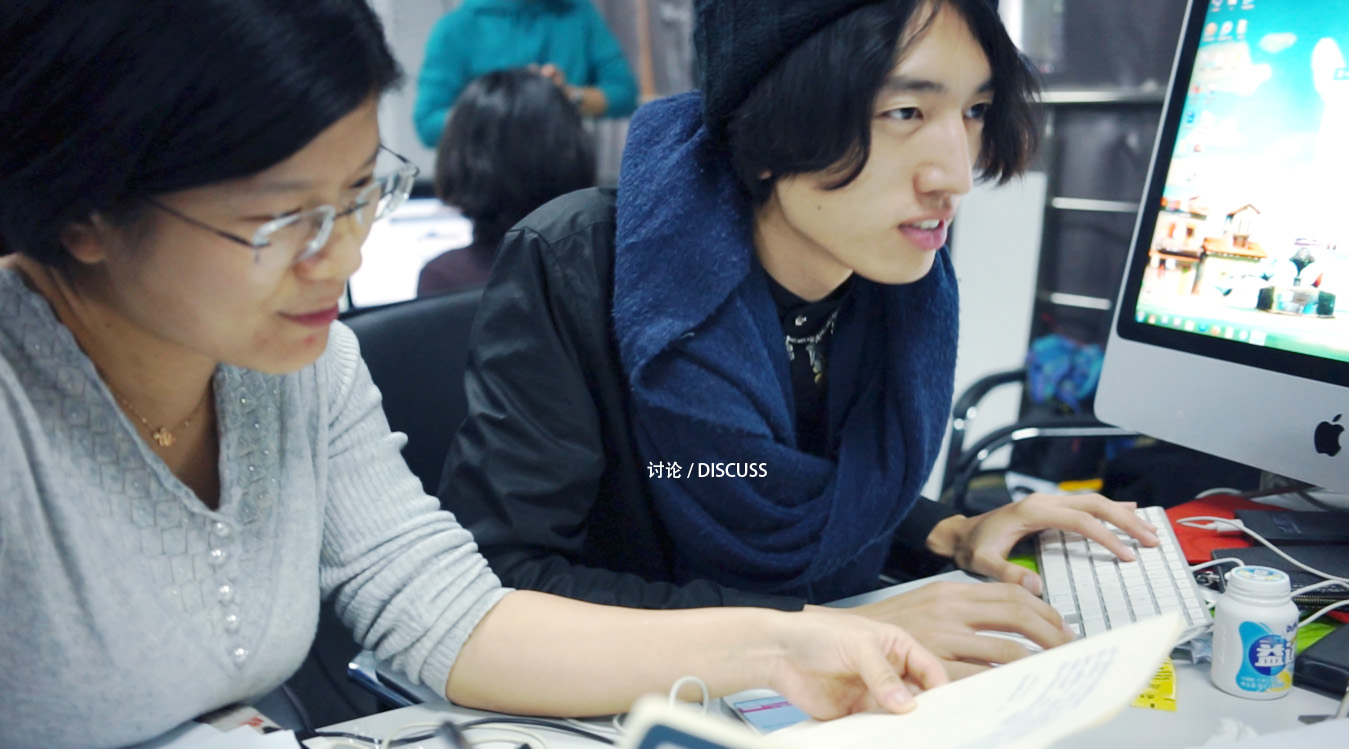 During the discussion, no matter among students from own country or from different countries, arguments and debates happened quite often, which were mainly caused by different perspectives and culture. It is still very interesting when I recall the time spent in the workshop. The sparkles created from the discussion were a coalition of academic research, which were rare opportunities for me to study more and improve myself. 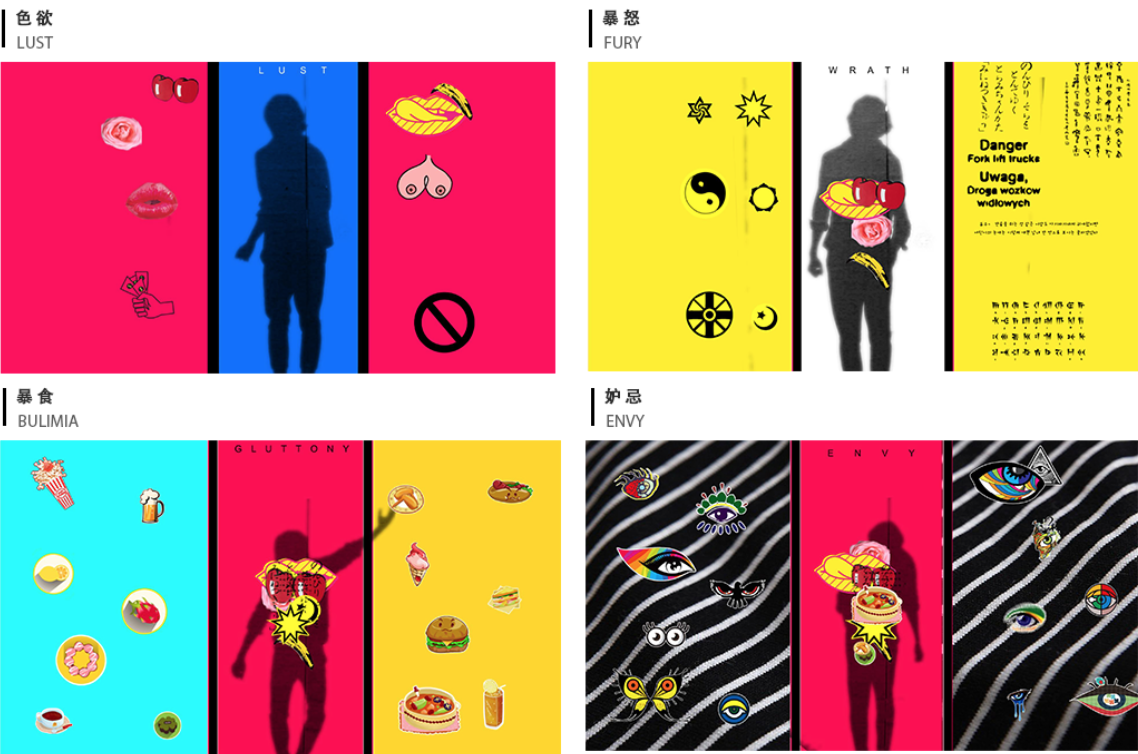 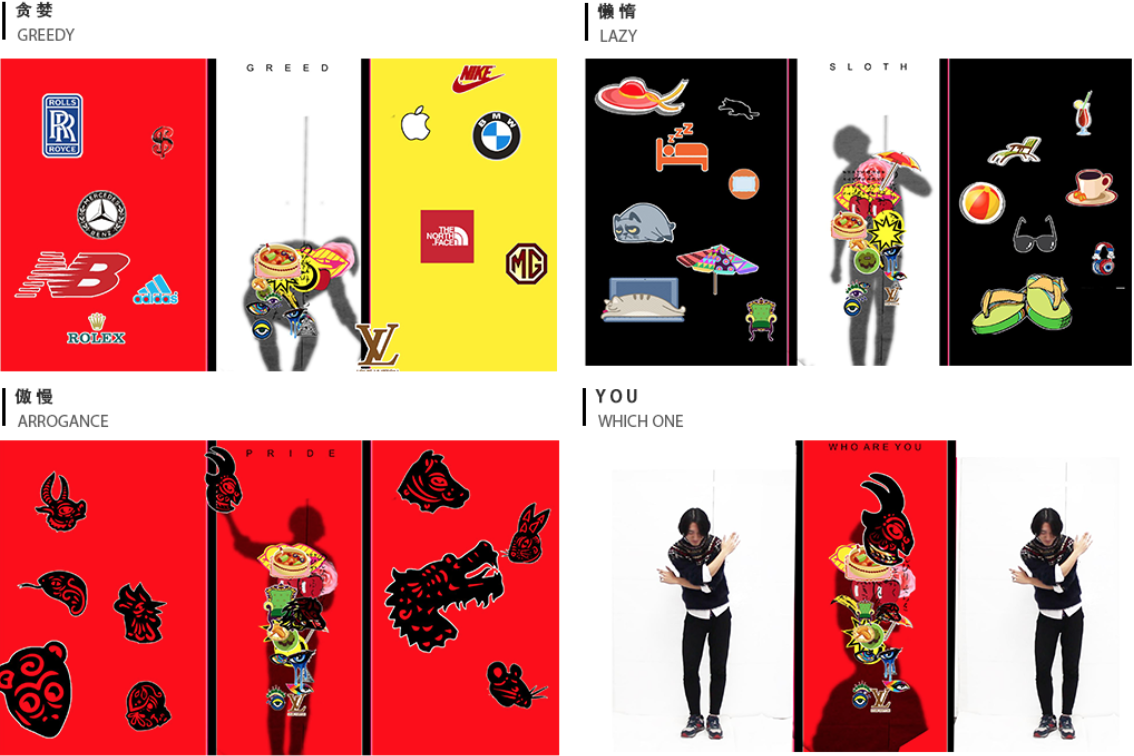 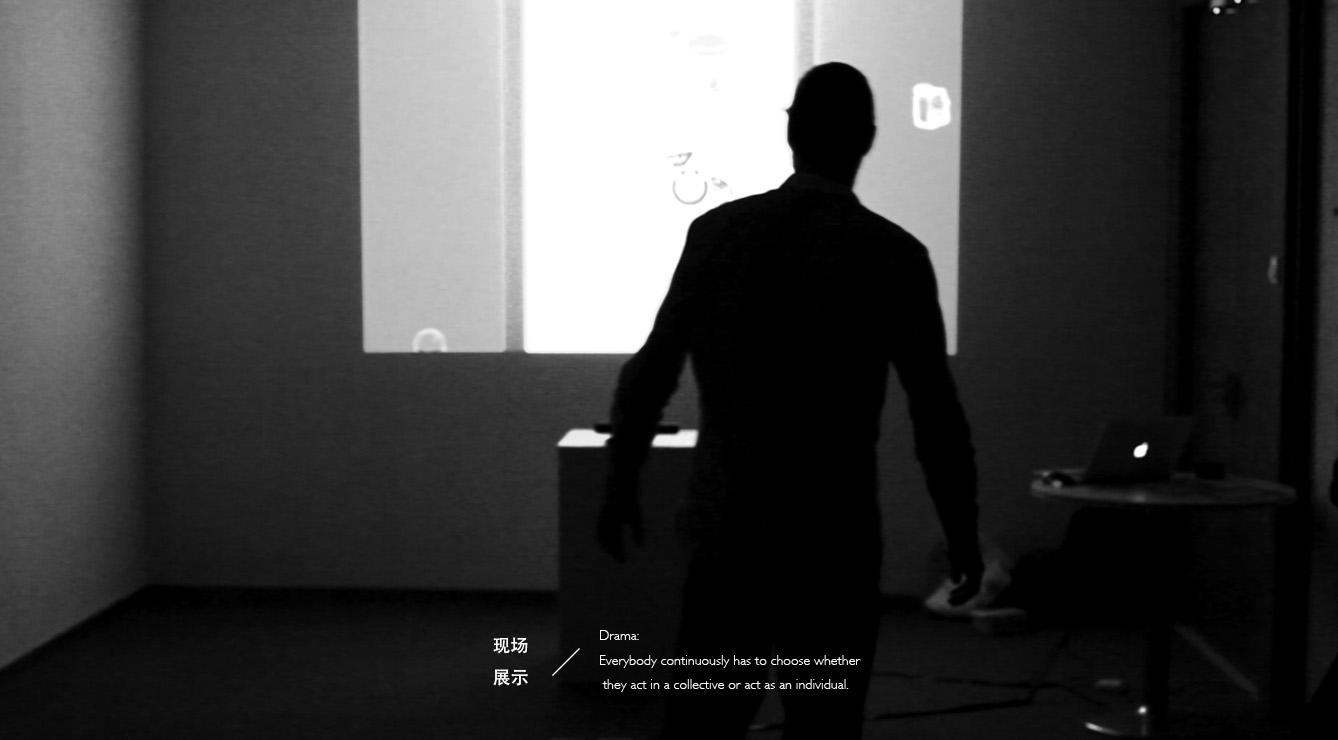 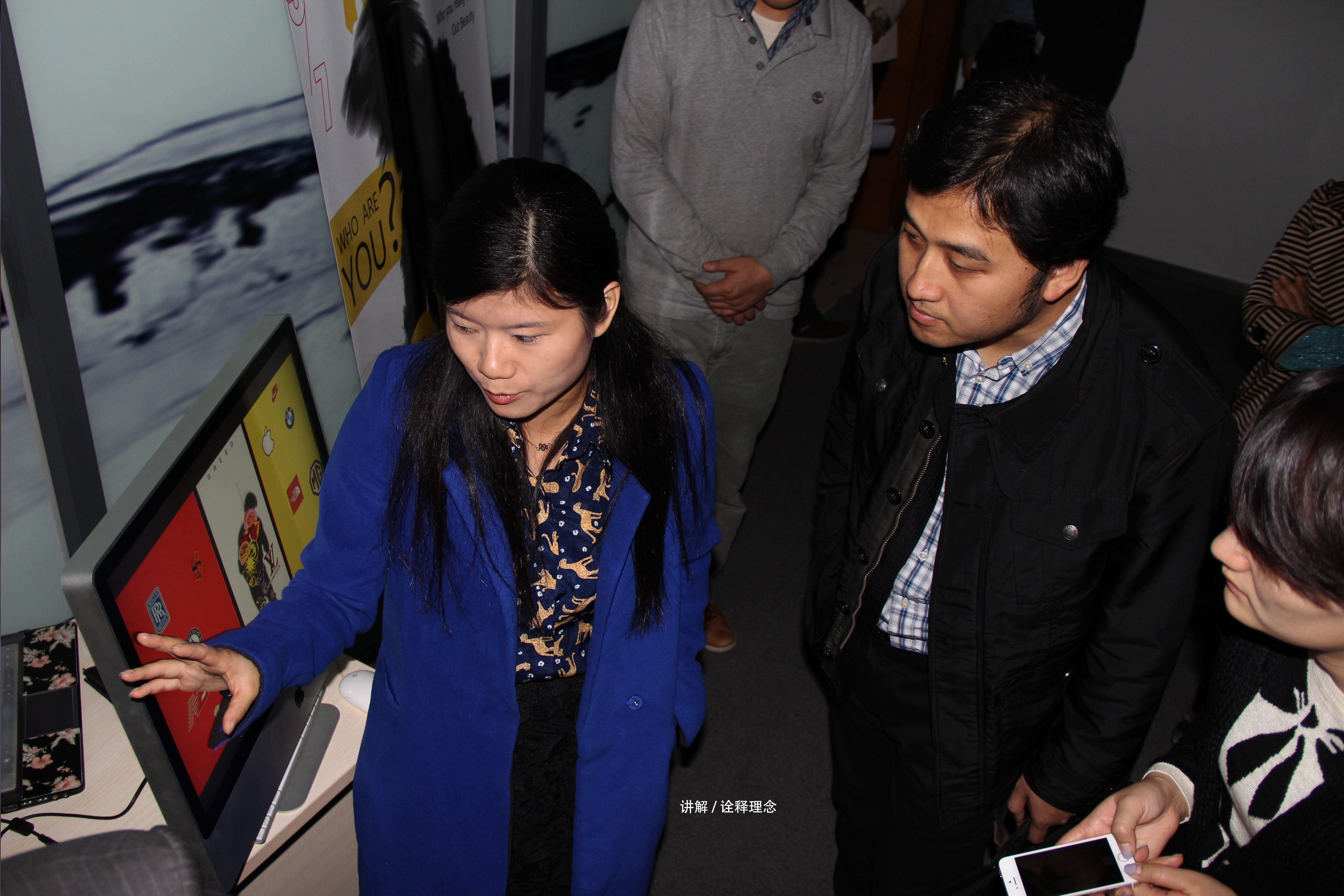 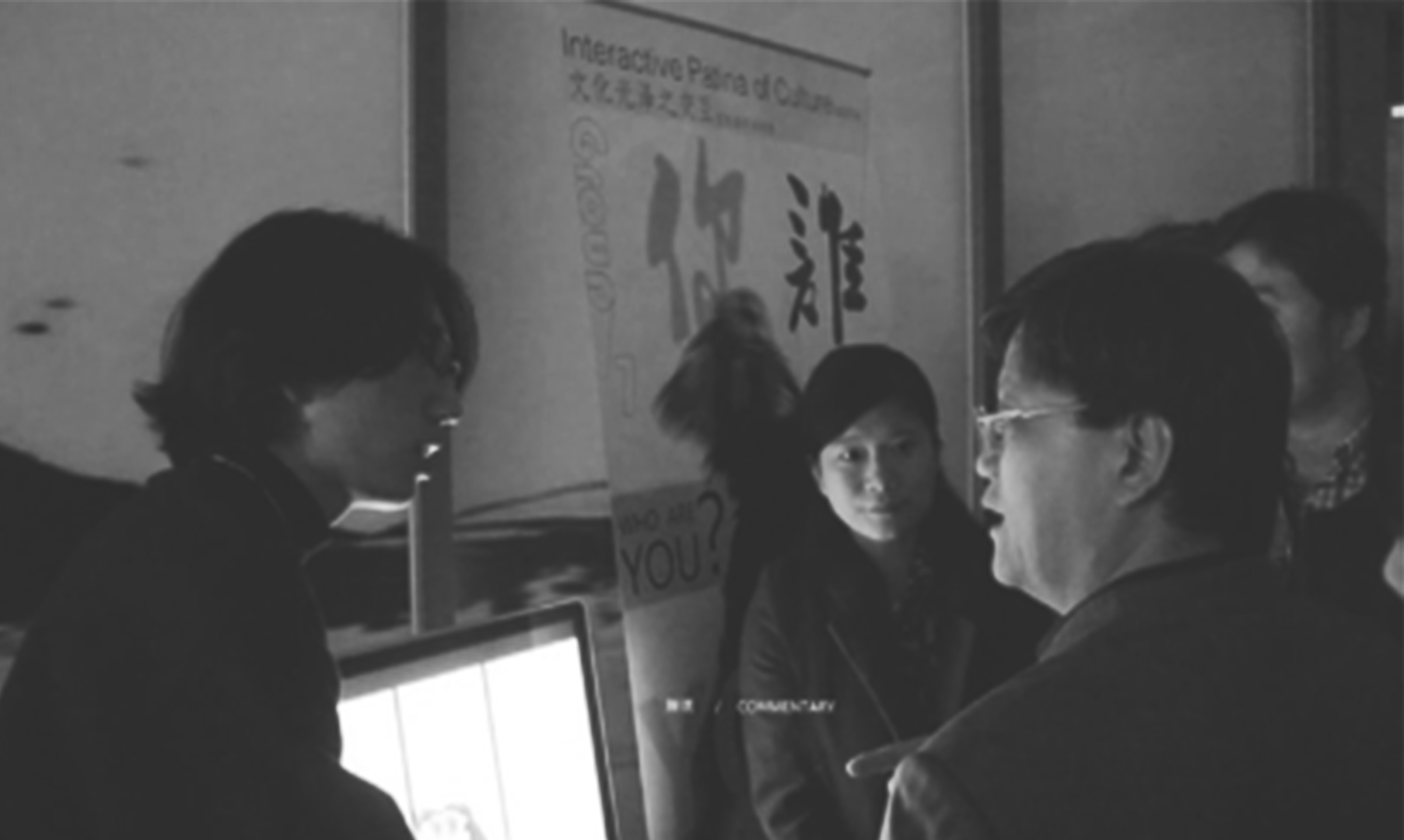 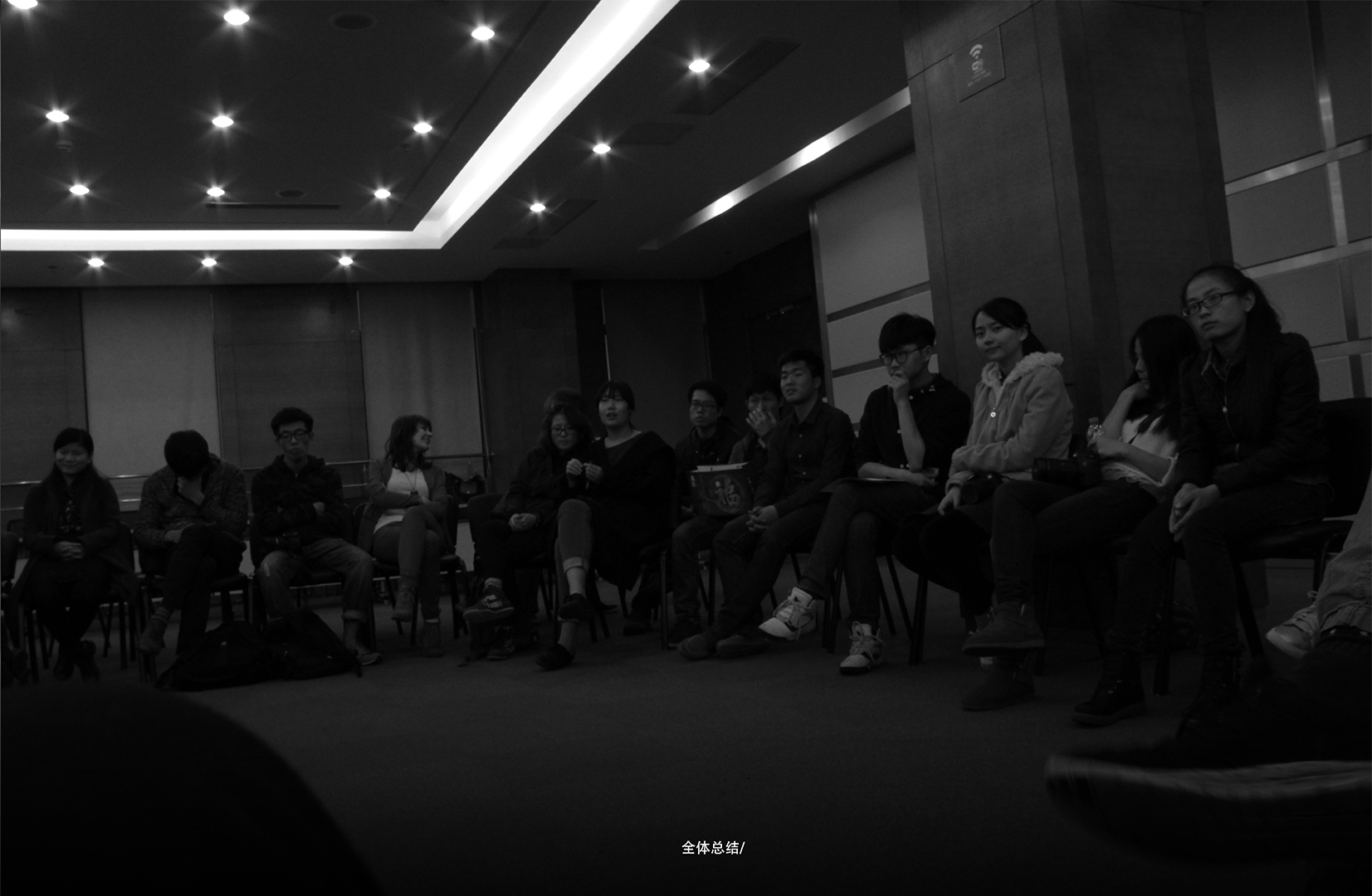 After the exhibition, all the groups got together and shared own experience and feelings with each other. ![](/content/images/2015/08/---6.jpg) 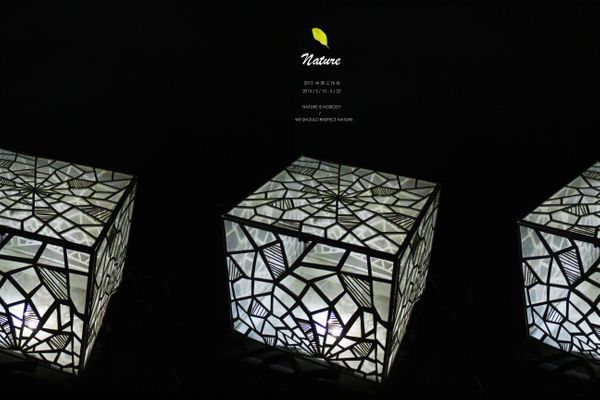 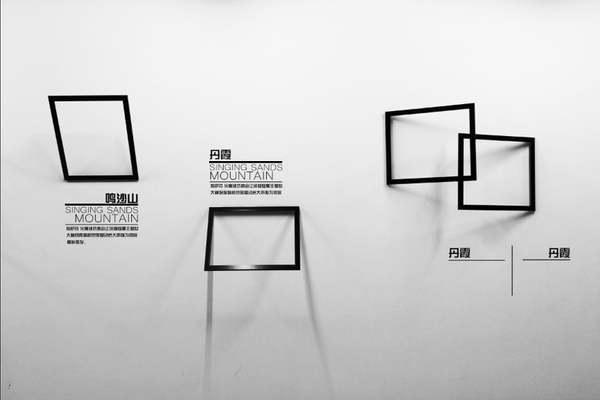