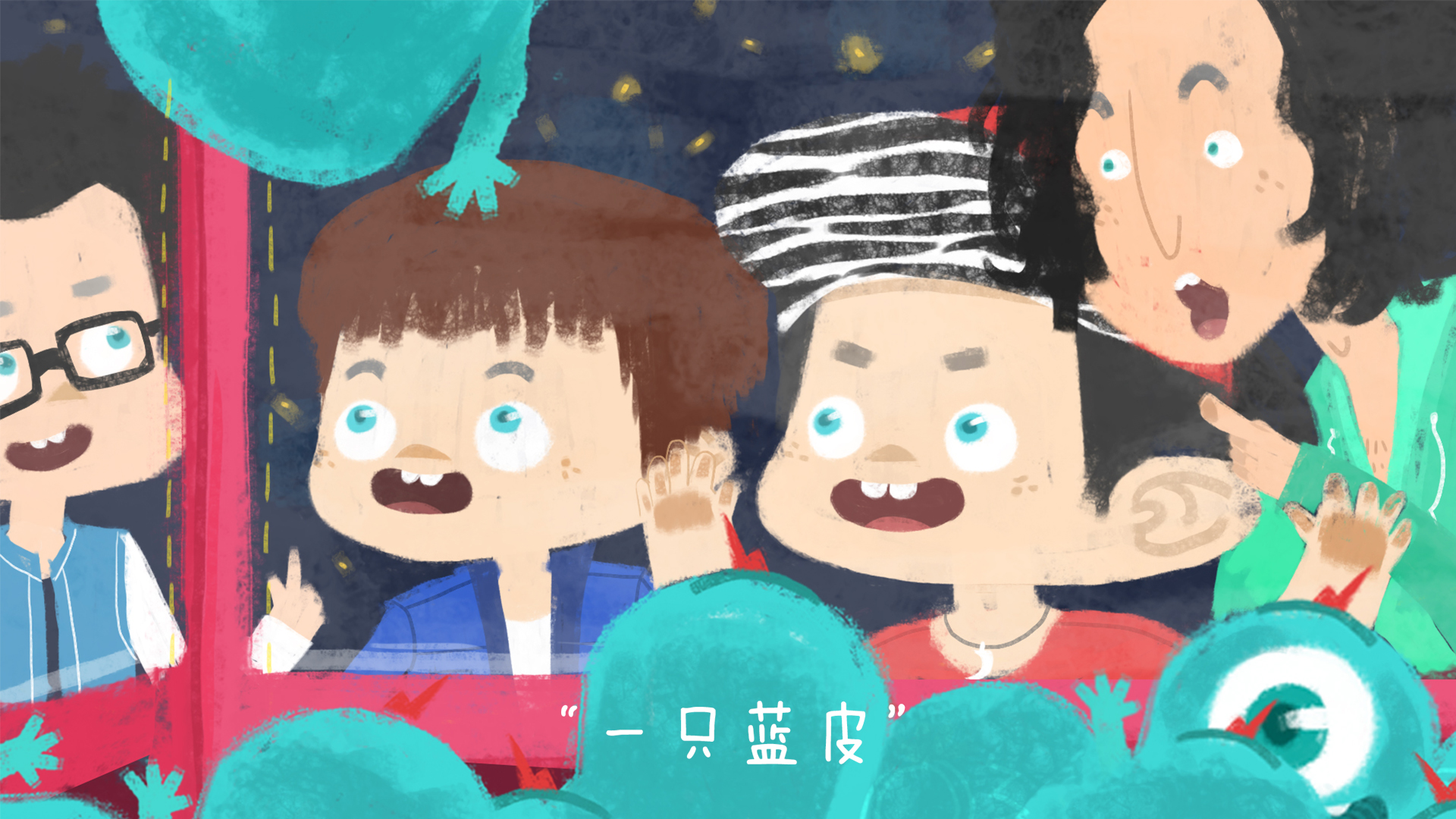 The little monster "Blue Pelt" in the cartoon has kept looking for his place of belonging in the universe. He was taken in by a yellow planet when nearly running out of energy. However, with the energy recovered, he is required to connect the mechanical arm of the planet and keep rotating it so as to supply electricity for the planet. This is indeed a dull job accepted by all other little monsters, who are working simply for living without passion. Blue Pelt feels excited in the beginning and gradually become bored as time goes by. Still, he has his favorite thing of collecting flowers floating in the air, which is not in the least interested by other little monsters that just blindly make rotation every day. One day, he saw a more beautiful flower in the distance. Deciding to catch it, he jumped with the utmost of his strength. Yes, he caught the flower, but at the same time he damaged the mechanism and lead to the interruption of power supply in the entire planet. Finally, Blue Pelt has been kicked out of the planet in others' condemnation. The meaning of exclusivity is what we would like to convey in this story. The society is just like a machine, for which most people are working in the same direction for the provision of energy. They gradually become numb, no longer pursuing wonderful things. However, there are a small number of people putting forward different ideas and hoping to change this society. But these people are seldom supported by others, are even squeezed out by others in the end. 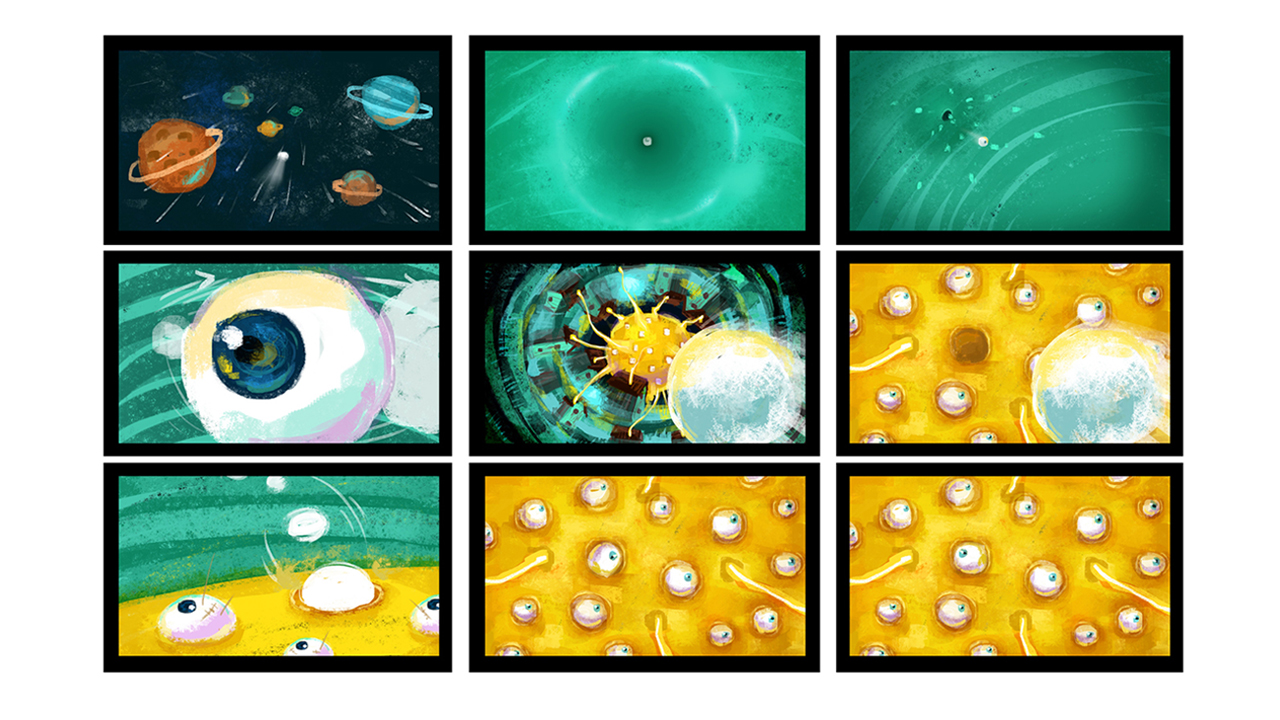 We have made several versions of revision on the shooting script. In the original version, Blue Pelt comes to this planet in search of shelter from the threat in the universe. And the planet has offered protection on condition that Blue Pelt will transfer his energy to the planet by keeping eating red fruit. He tried to resist by eating other fruits and causing problems on the planet, ending up with being expelled from the planet by other little monsters. After several rounds of discussions, our teacher suggested that we should change the concept of energy transfer similar with "ecosystem" into that of mechanical energy transfer, which will be more intuitive to be understood. We therefore have added a "mechanical arm" in the story, which resembles the "God" bringing you into the world. If you comply with the rules, “God” will keep you safe; if not, he will directly kick you away. Then how come Blue Pelt has been expelled? He is the “unexpected goodliness” different from other monsters on this planet, having rich emotion and not wanting to become numb. Therefore, we have created the most beautiful thing for him in this boring planet, the flying flowers, for which he has given up this seemingly comfortable but impassionate life on the planet for good in the end. 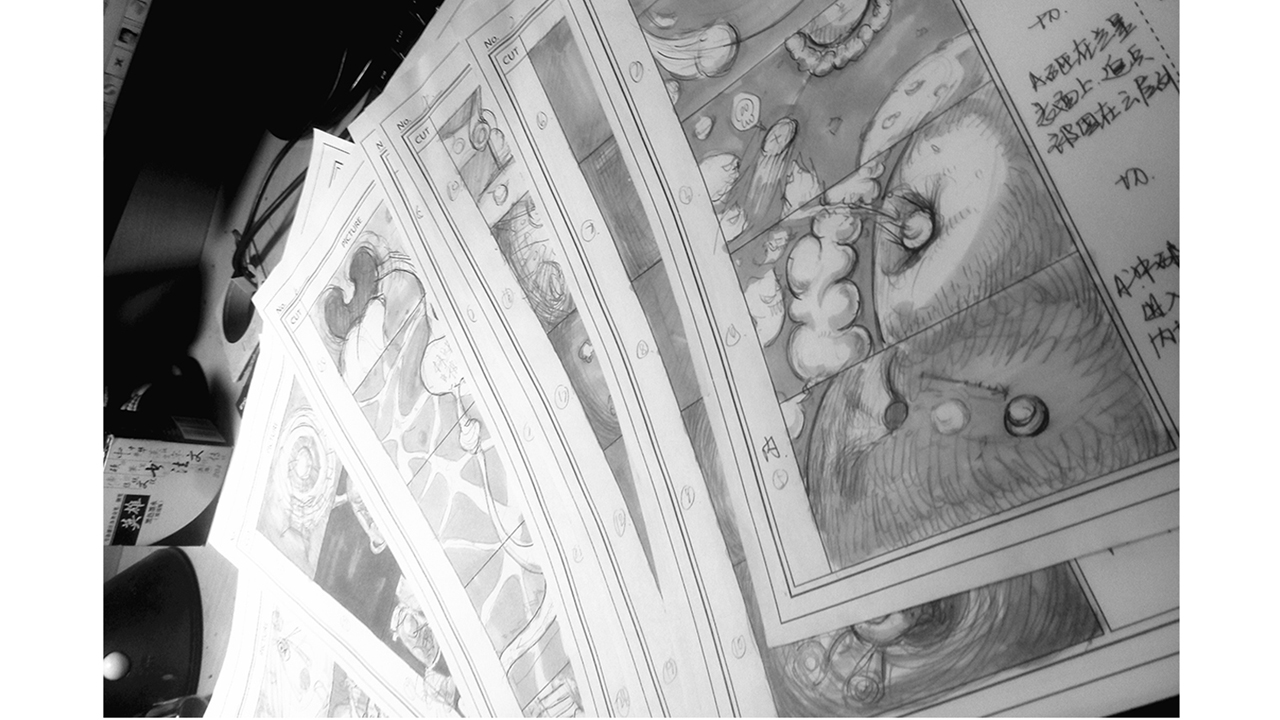 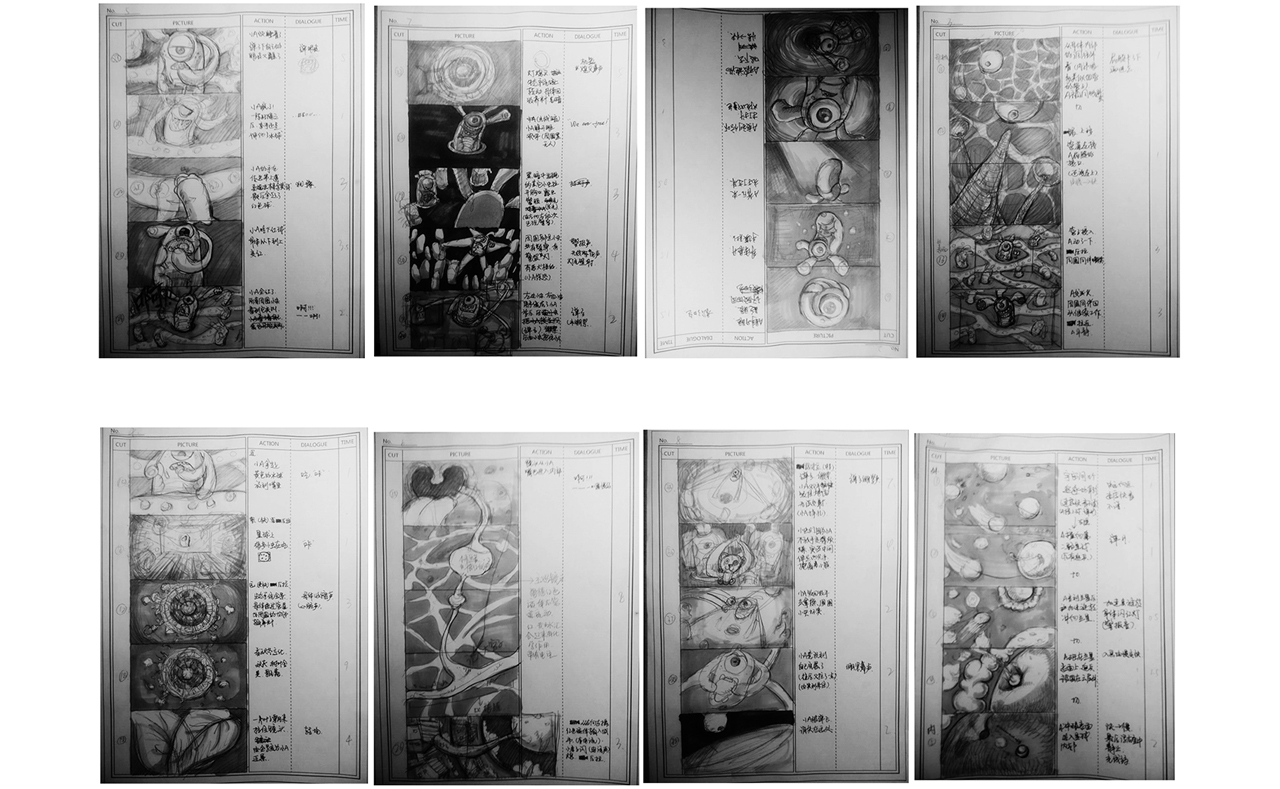 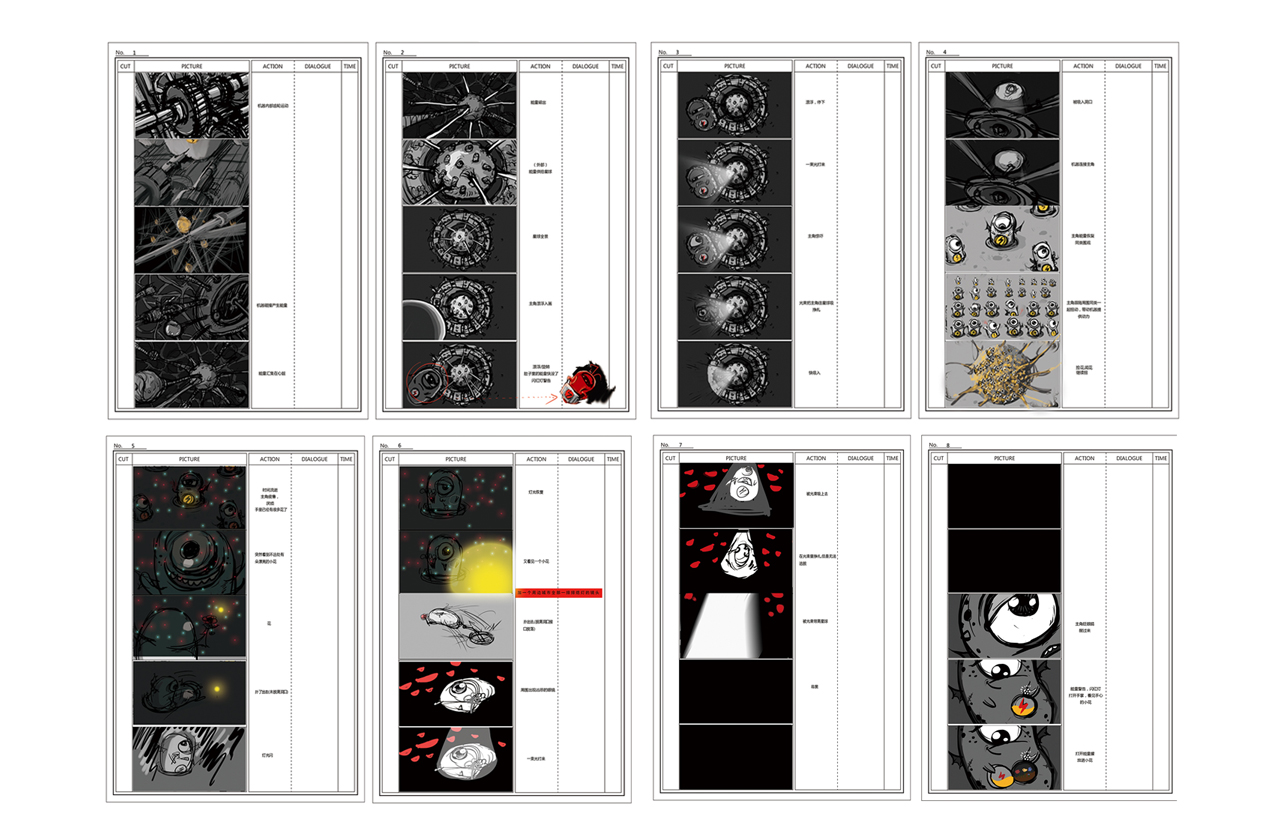 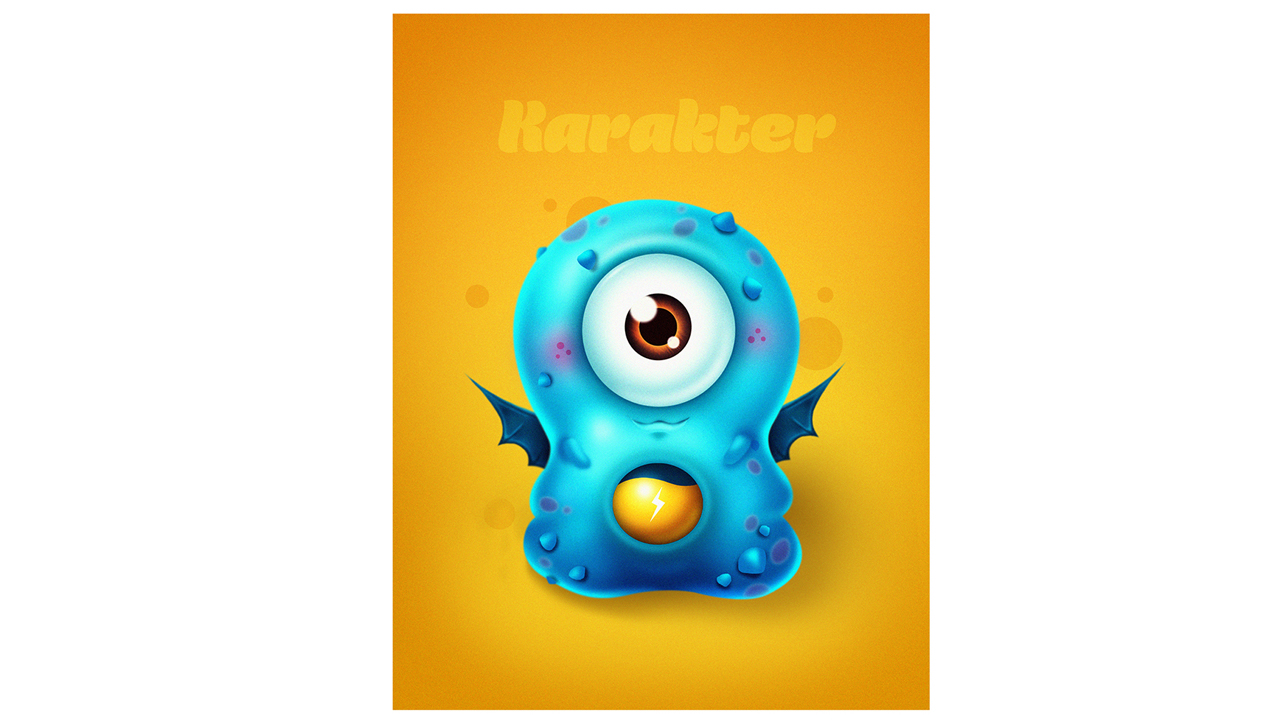 The whole body is in blue color, matching with the cosmic background.

Add in mechanical elements. Seeing that Blue Pelt will fly in space, we have also added the prop of jet tank for him. The hat representing the working status is given by the mechanical hand after his arrival on this planet. 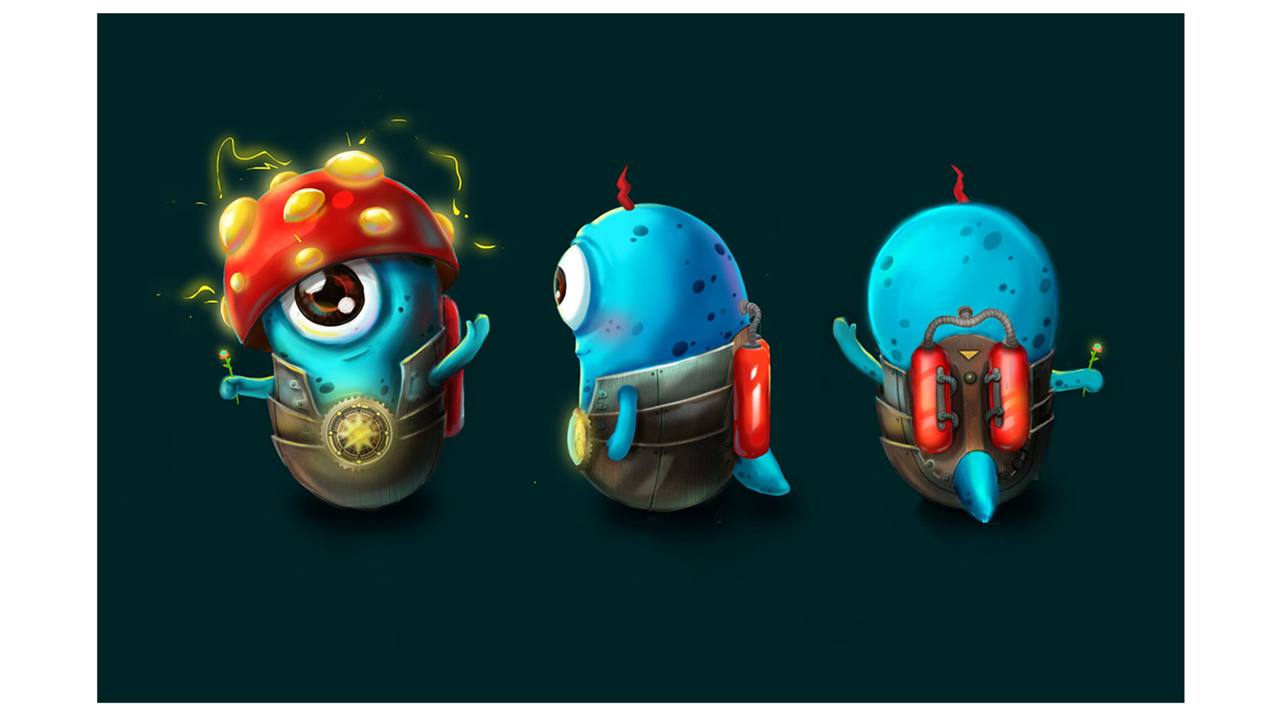 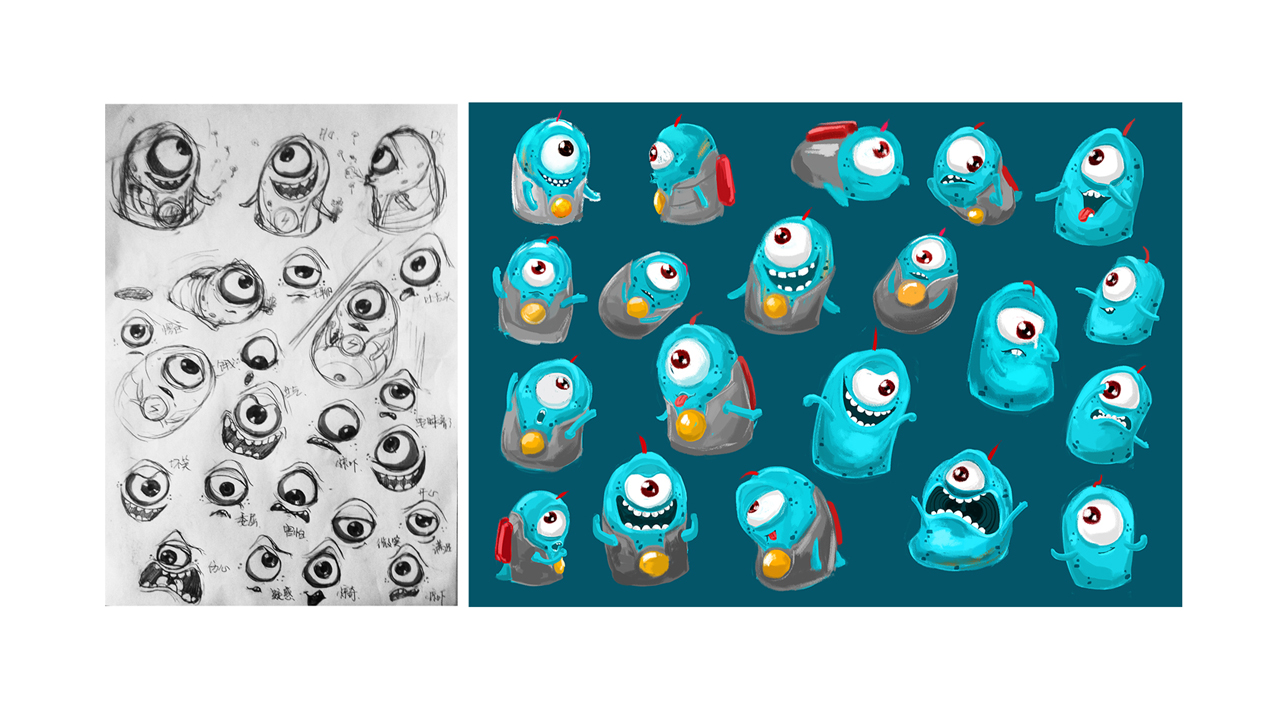 3D CHARACTER EMOTIONS
It is rather a bitter process in making three-dimensional expression, which has indeed started early in the winter vacation of 2014 . Due to the conversion between different softwares in later stage, the expressions have been re-made all over again by another people. After changing over and over again, it was finally completed with motion capture. 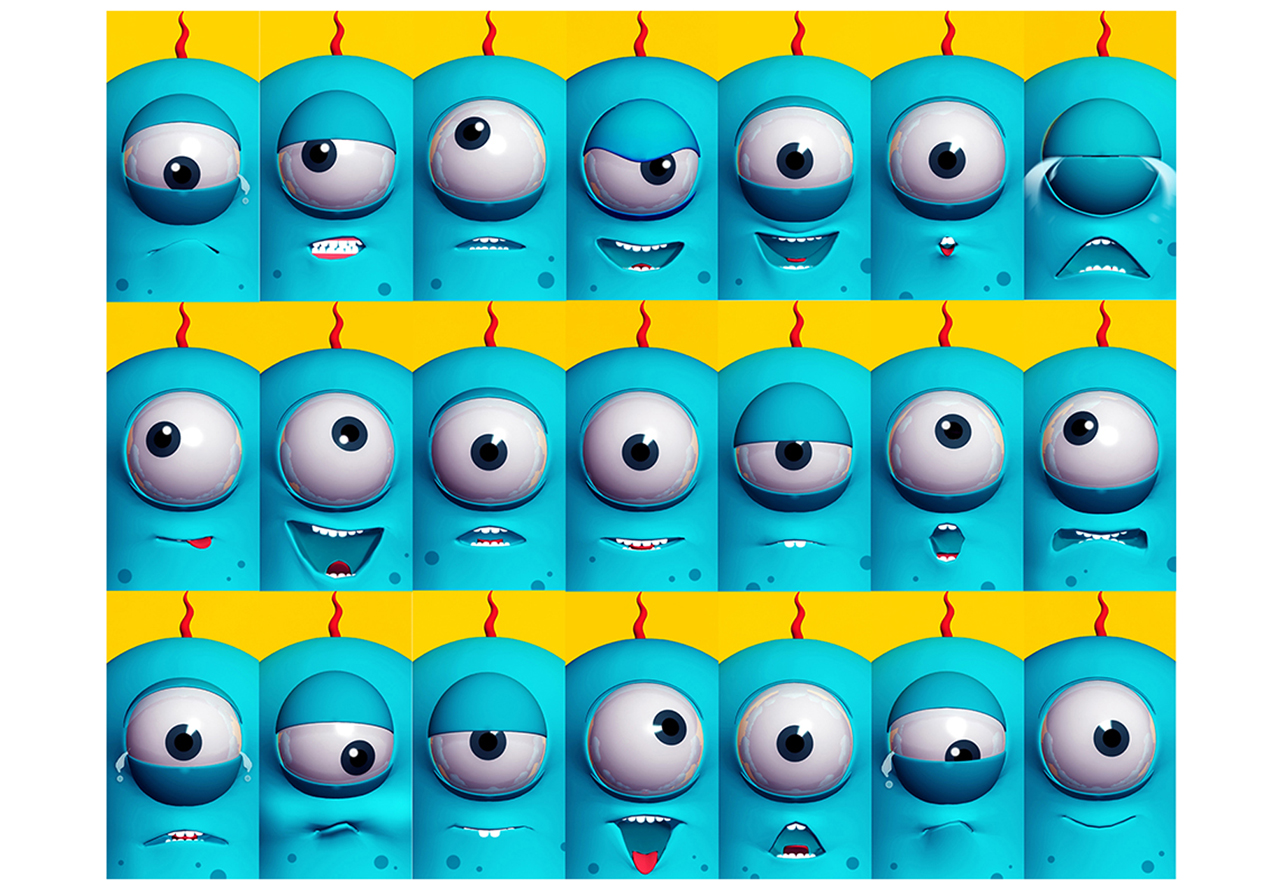 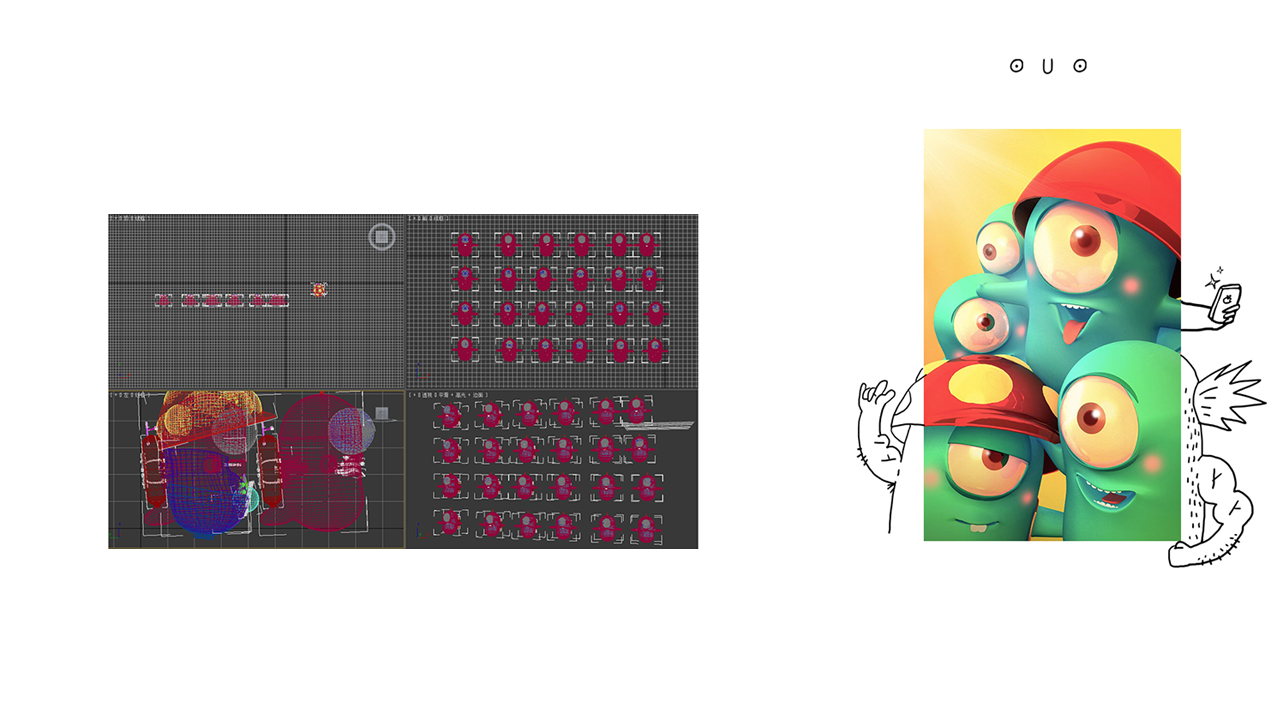 This is an iterative scene. Several previous versions of scenes were rejected, but paving the way for the final version of animation. Scenario modeling is created with maya software, which is greatly recommended for modeling. 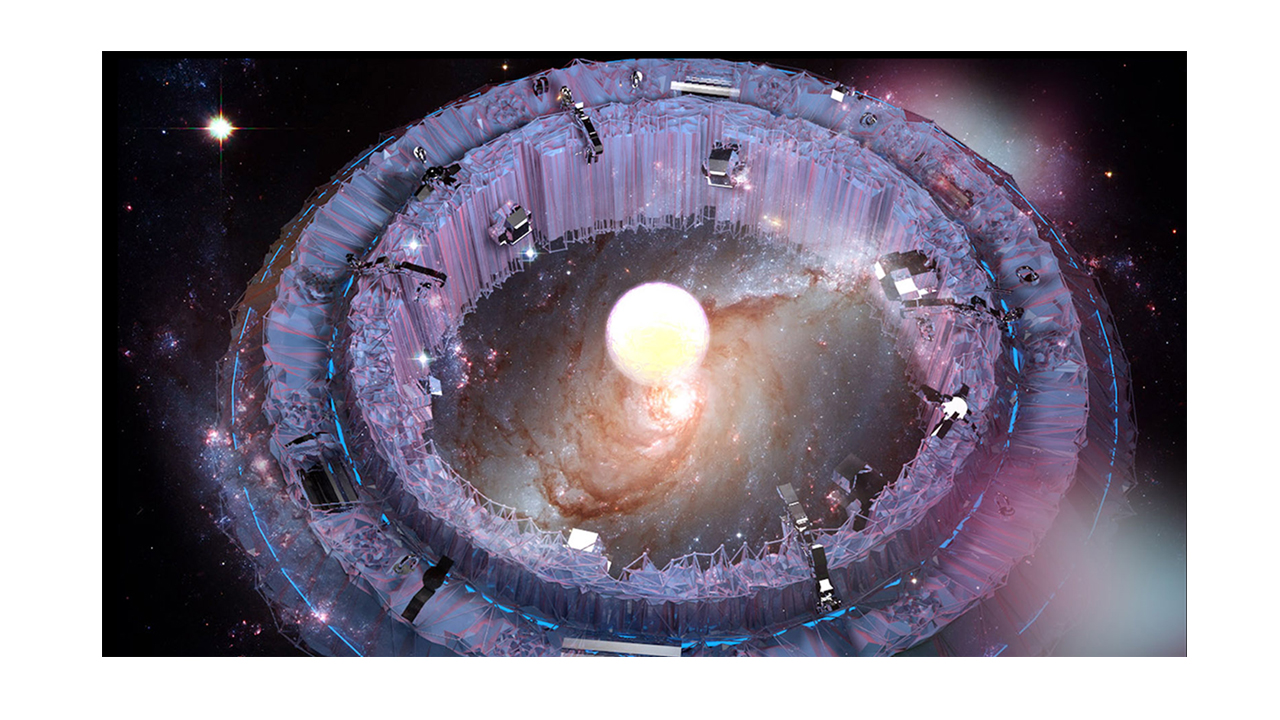 As few bindings have been made in the previous stages, we did not think too much about the impact brought by the earlier setting on later modeling. This capsule-shaped model does not have complete elements and proportions of the human body, still requiring a skeleton similar to the human body. At the beginning, we think that the foot movement production could be omitted if this character has no feet. It was until the production stage that we realized it did not reduce any workload, but brought us new challenges without relevant references.

Besides, unlike naked Tom and Jerry, Blue Pelt wears high-end equipment and dress conforming to its world, such as the space ejector in the back, the energy ball in front of his belly, the tight battle dress, the moving chassis producing energy and the hat empowering him energy. All these accessories will make Blue Pelt strenuous in moving after the binding, as on the one hand, we need to make sure he could make substantial deformation, on the other hand we need to maintain the hard properties of these metal objects. Anyway, the binding has been completed in such an unskilled way.

Then it comes to the action part, for which we are entitled to use the college's advanced motion capture technology. However, we have still encountered the problem of importing between 3ds Max software and Maya software. Besides, the motion capture is made with the reference of human skeleton which is not completely the same with that of our model, resulting in many mistakes after the export of the actions. Therefore, we have to manually fix some actions to prevent it for being abnormal. Still, there are many deficiencies in the action part.

We have used c4d to complete rendering. Moreover, we have exported the file of rendering in fbx format as the action scenes are previously finished with the software of 3ds Max and Maya. However, it is just because of fbx file that stuck us in this part for quite a long time, causing the issues of deactivation, no rendering or problematic action. Luckily, with the help of seniors, teachers and knowledge in Baidu, we have finally exported the abc file and solved this issue. However, the deadline seems approaching at that time, I have to stay up for several nights to complete the materials, lights and cameras, the appearances of each scene and its frame number, the rendering setting of each scene, the check parameter of png image sequence, the depth of field of each camera, and the material changes between day and night. Besides, the problems caused by different versions need to be well remembered and applied into each scenario, as any mistake will result in re-rendering. Furthermore, from the perspective of lens language, there is also a big problem of linking the cameras because of the scattered lens.

Make expression for protagonist’s material, the metal material in his body, and the jelly like texture of the bling in the surface of planet. 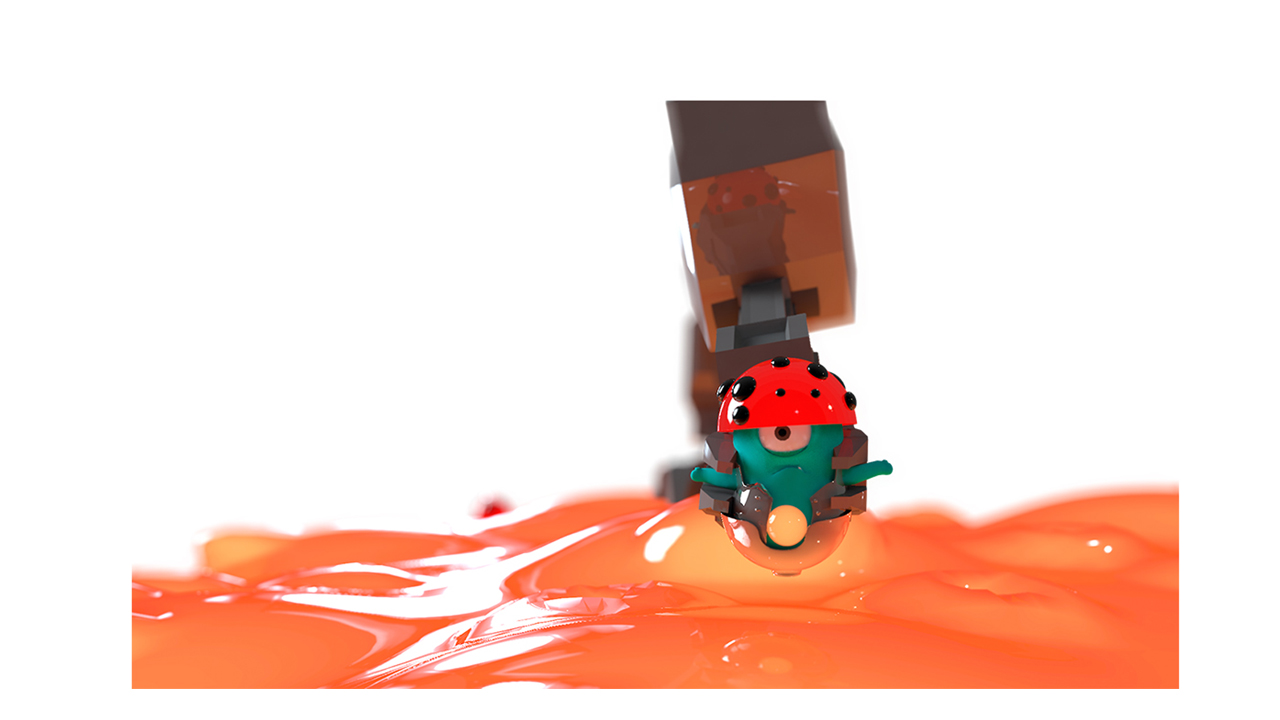 Respond to texture of materials in scenarios of different atmospheres such as the texture of space station, need to control the direction of light, the metal material in space stations, and the highlight trend. 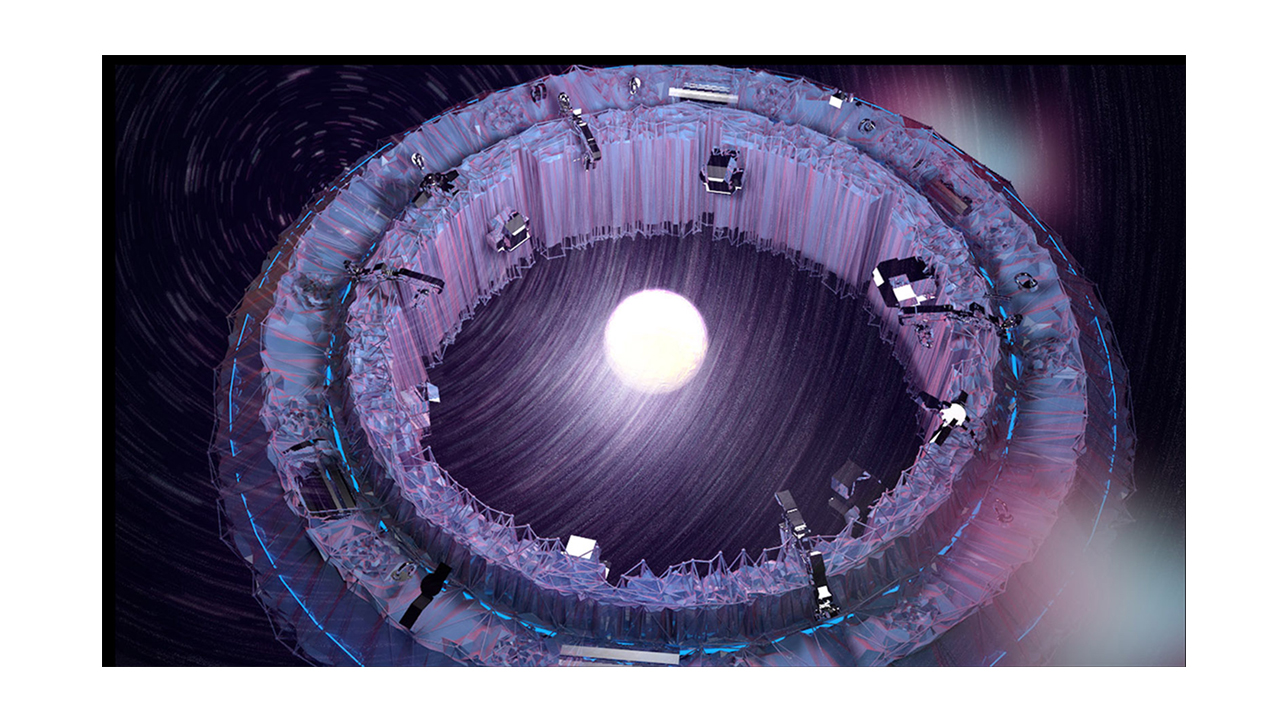 Control the tone and optical haze in the entire scene when the plot becomes depressed. 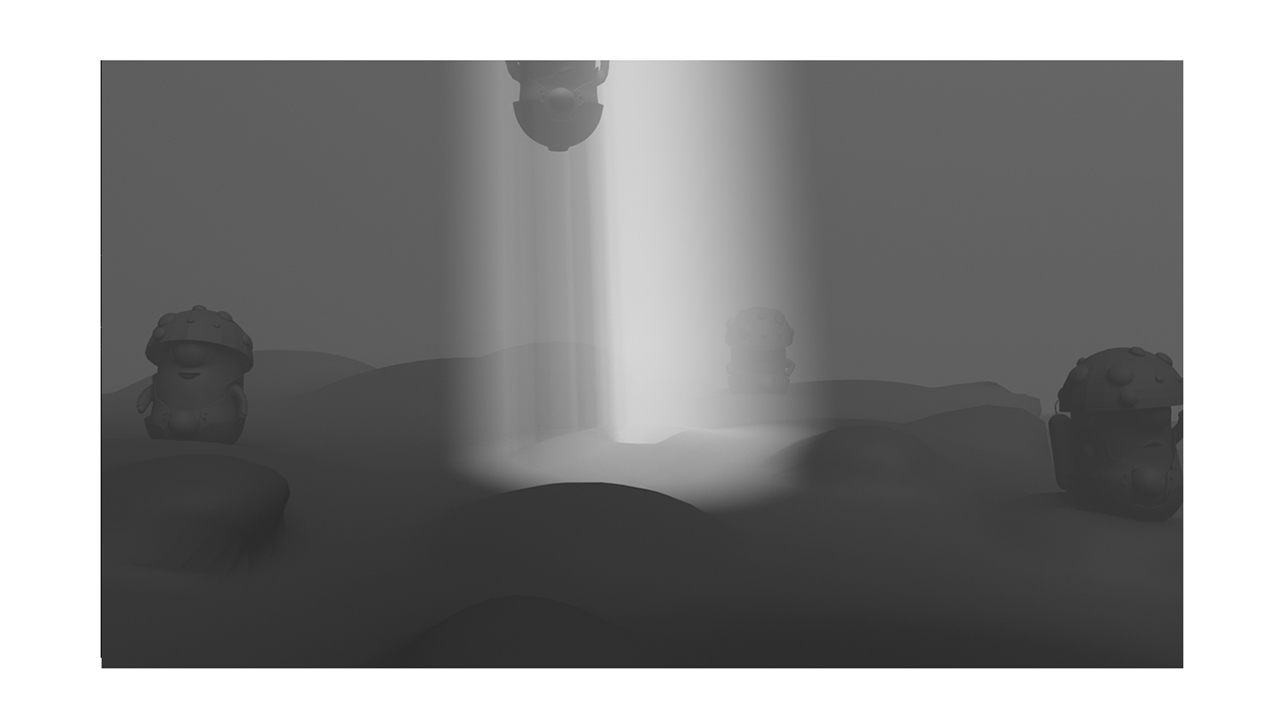 For processing the bright spot in the night scene, there are two climaxes in the entire film, one is the dancing in excitement on the arrival of planet surface, and the other is the snatching when seeing his favorite bright spot. So the night scenes must be quiet and mysterious. 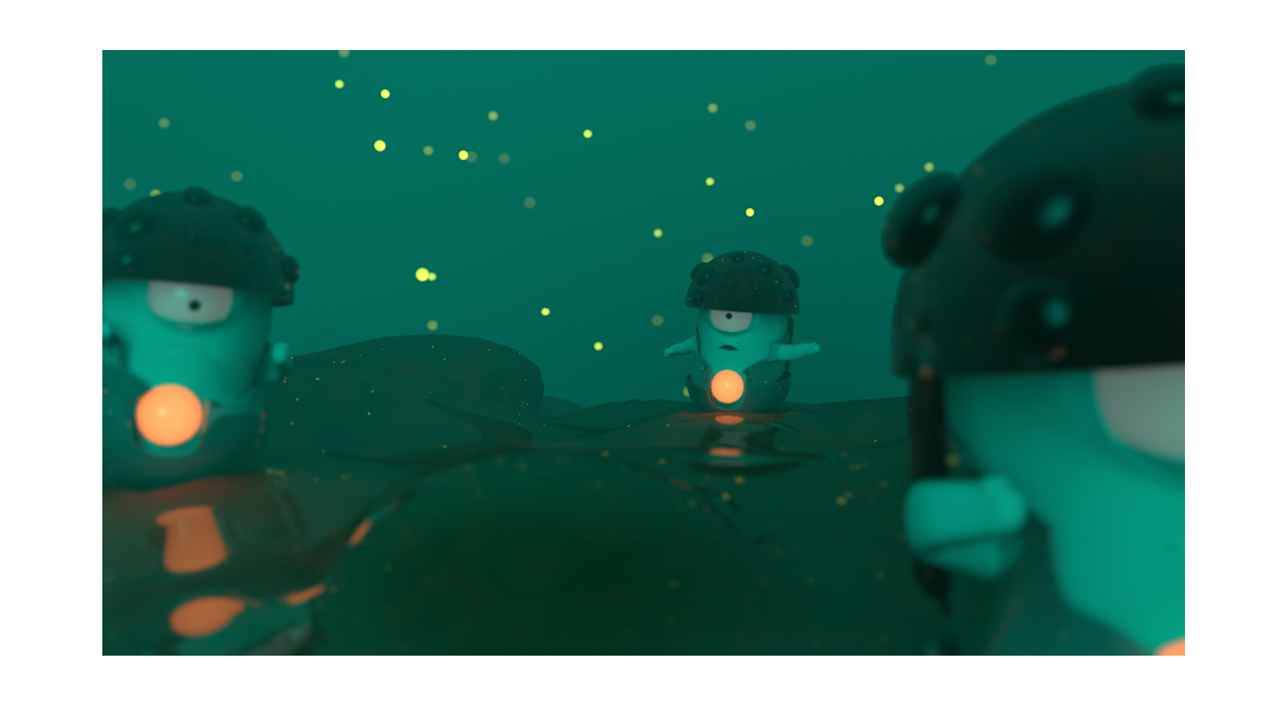 This part is the transfer of internal energy ball designed and completed in the beginning. 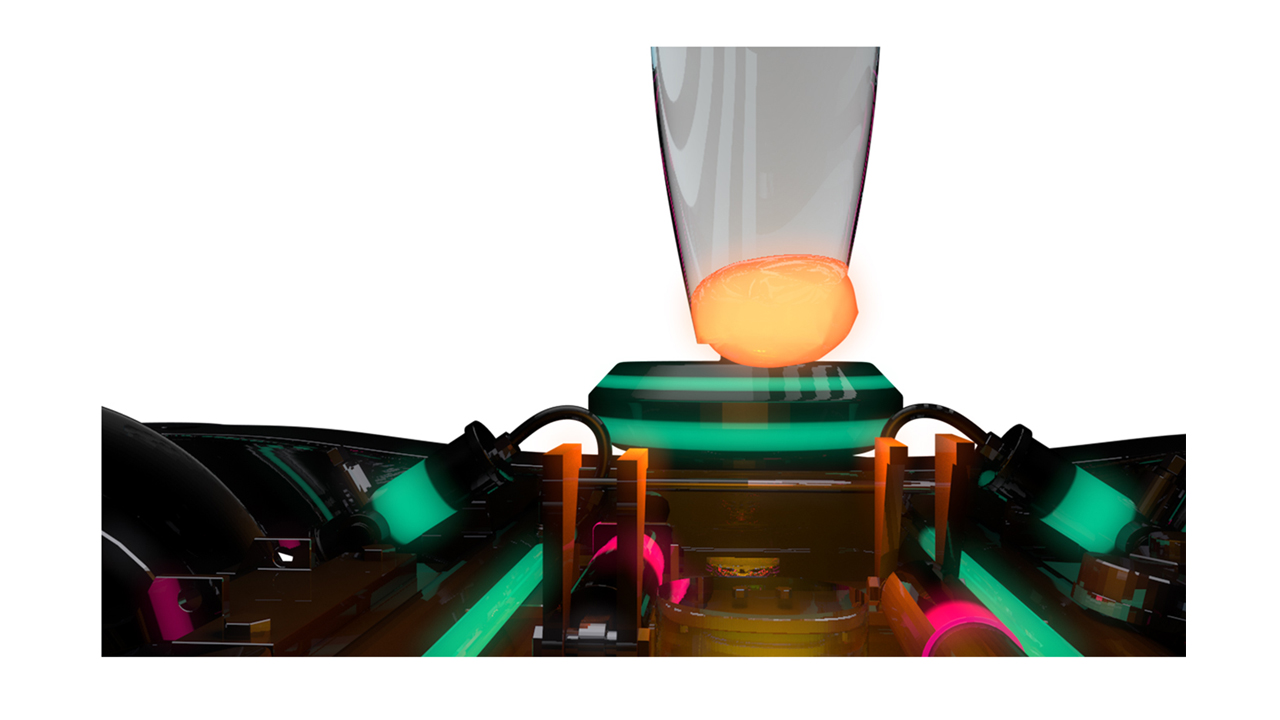 We have used motion capture and blendshape expression fusion in technology, and we need to simulate the entire environment Blue Pelt stays when making motion capture, analyzing his movements and drawbacks of not using feet. 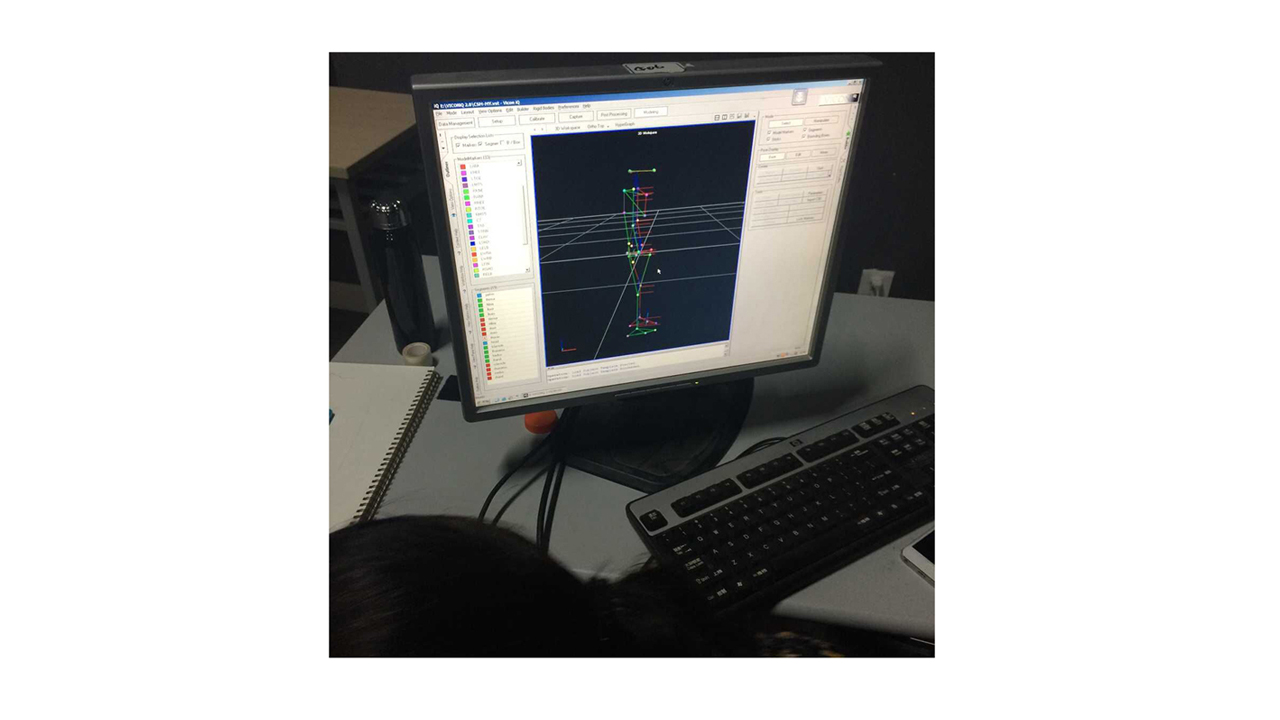 This part of soundtrack is completed by HU Lei. We have revised several times in the length of the film, increasing the soundtrack difficulty. Besides, as there is no dialogue in our story, the adorable sound has become the highlights and difficulties for the whole film. 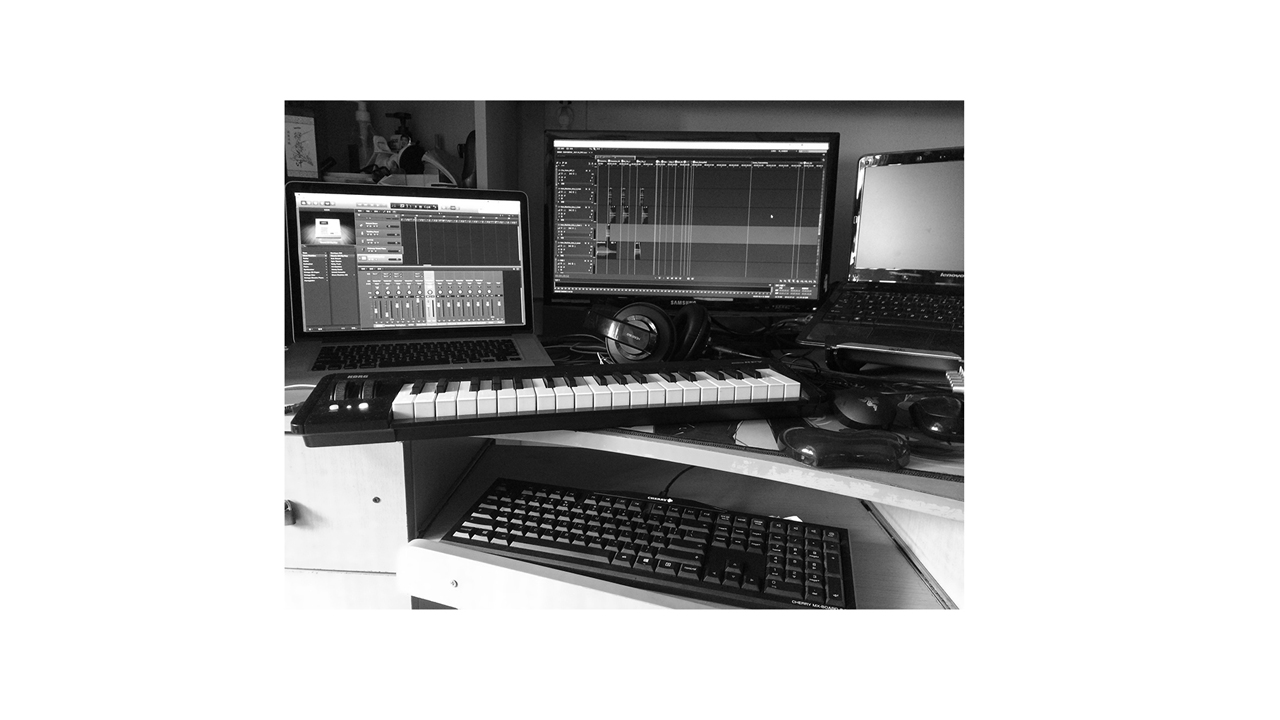 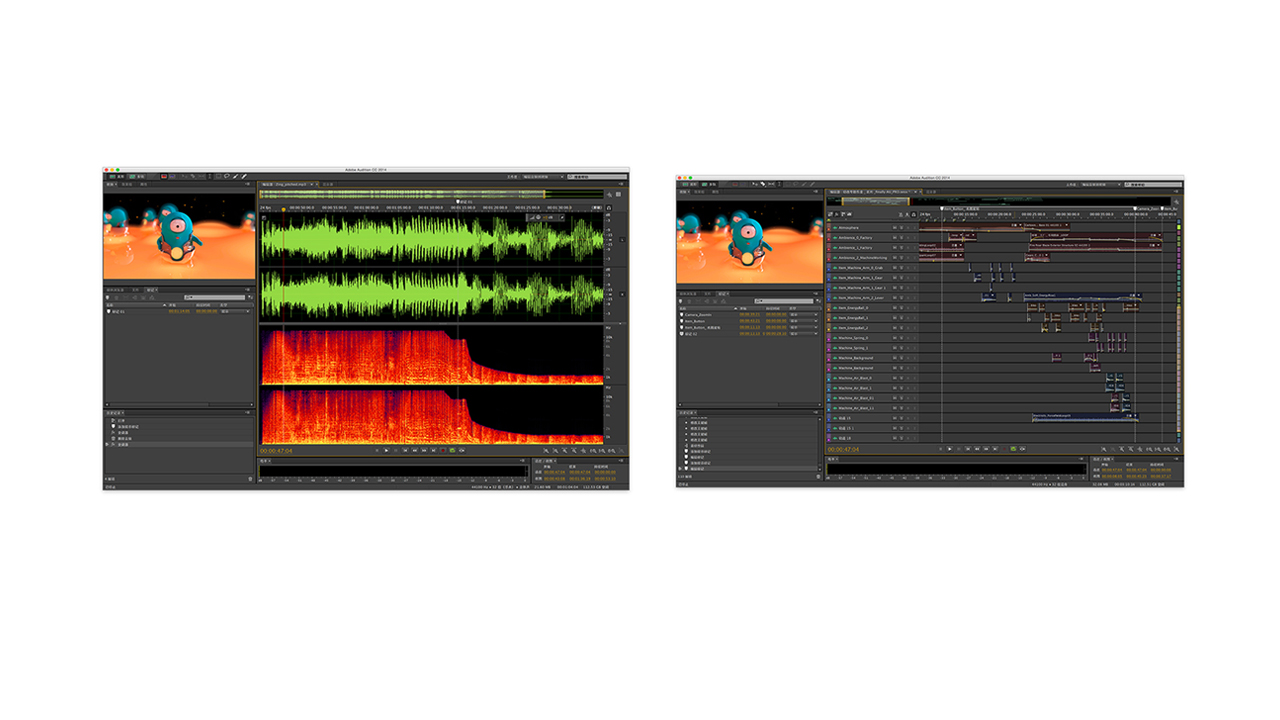 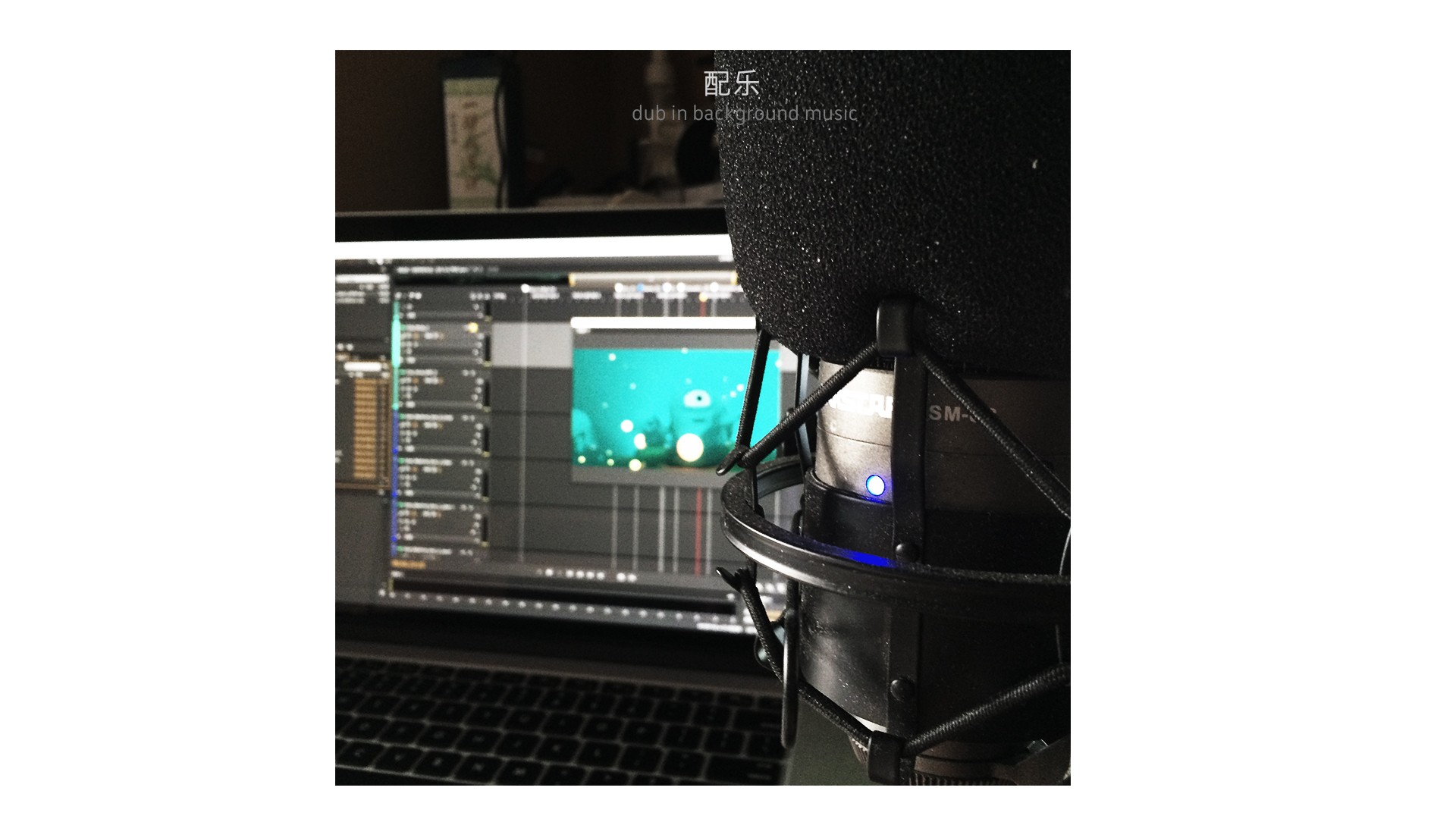 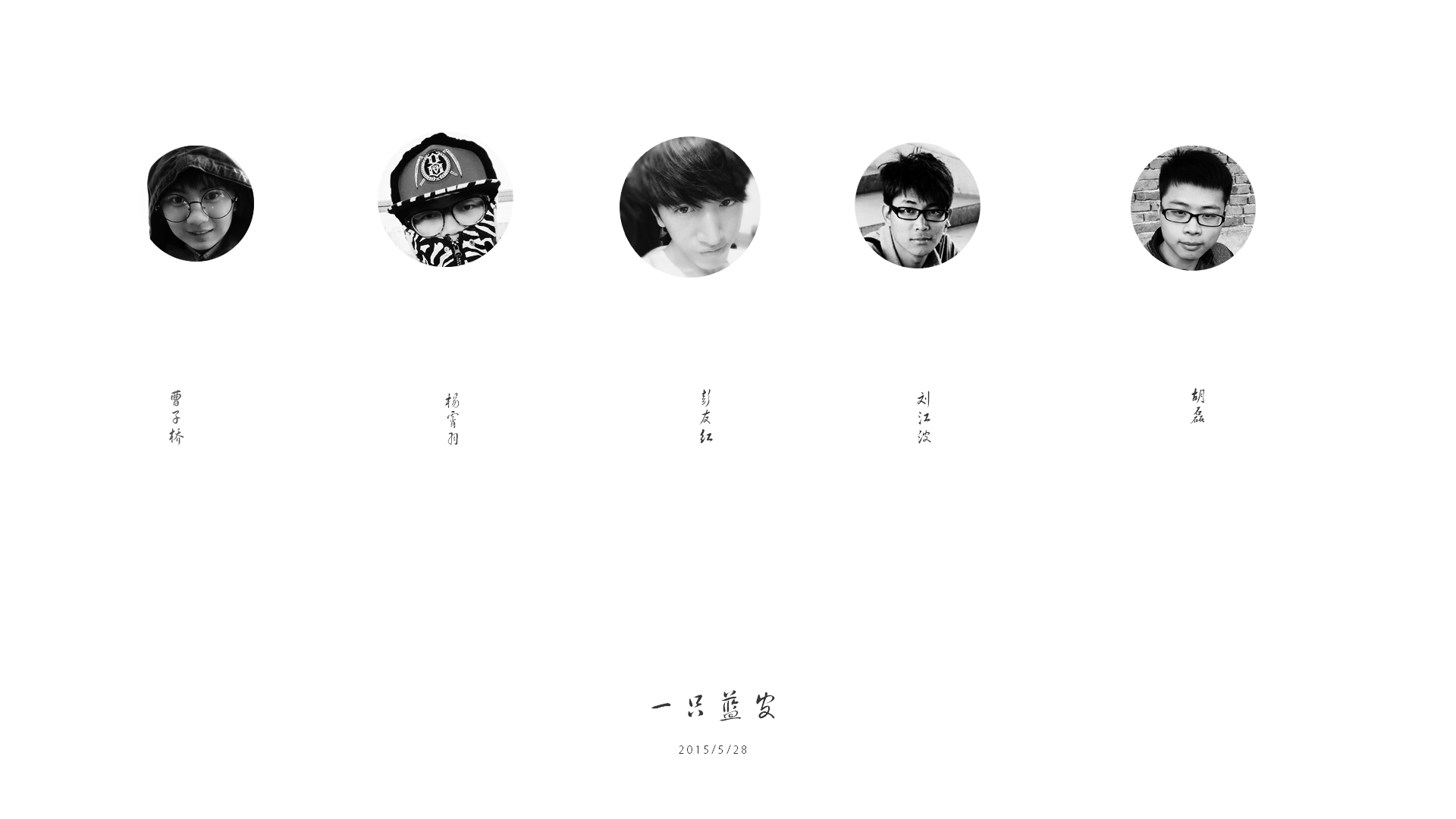 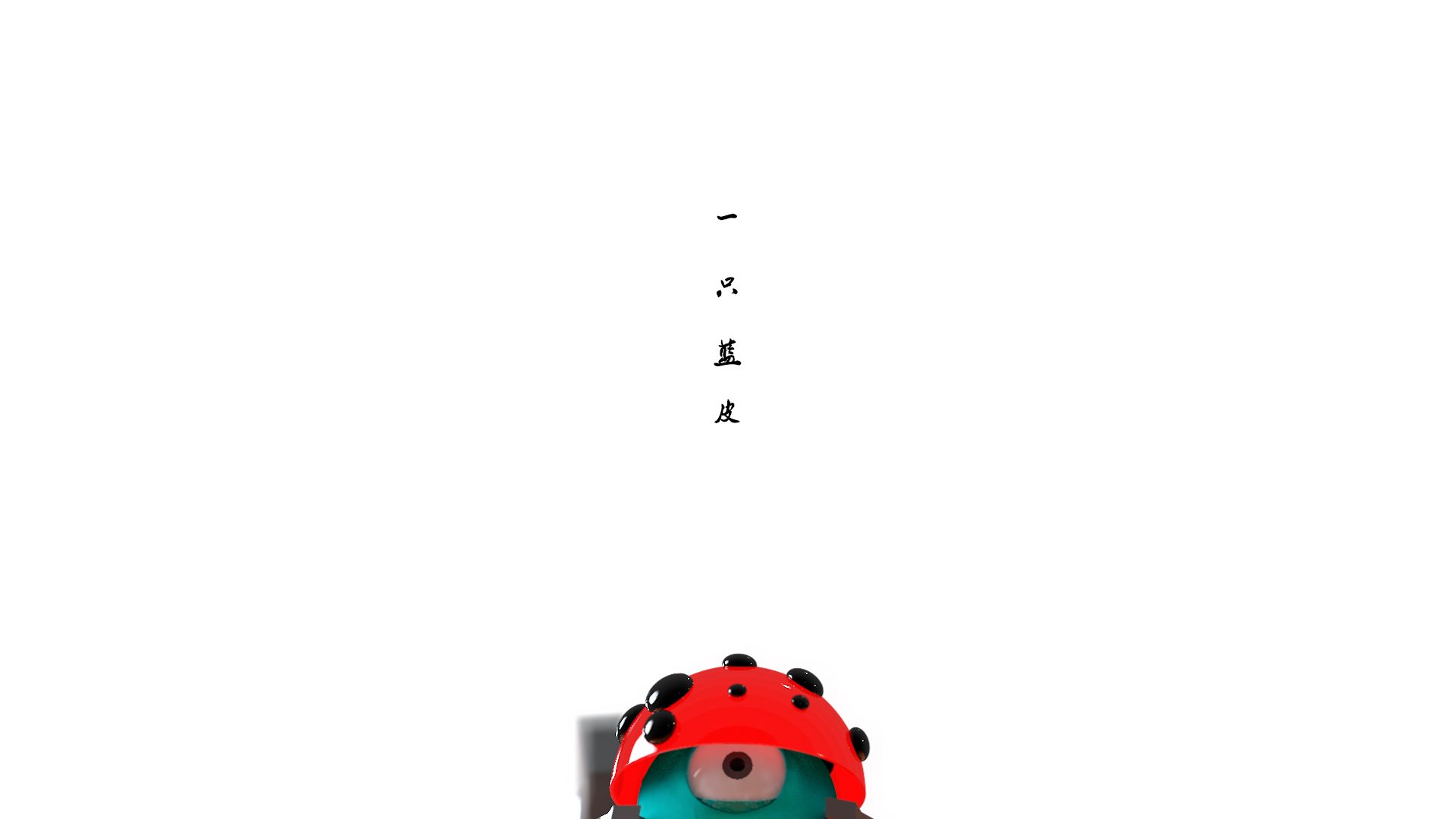 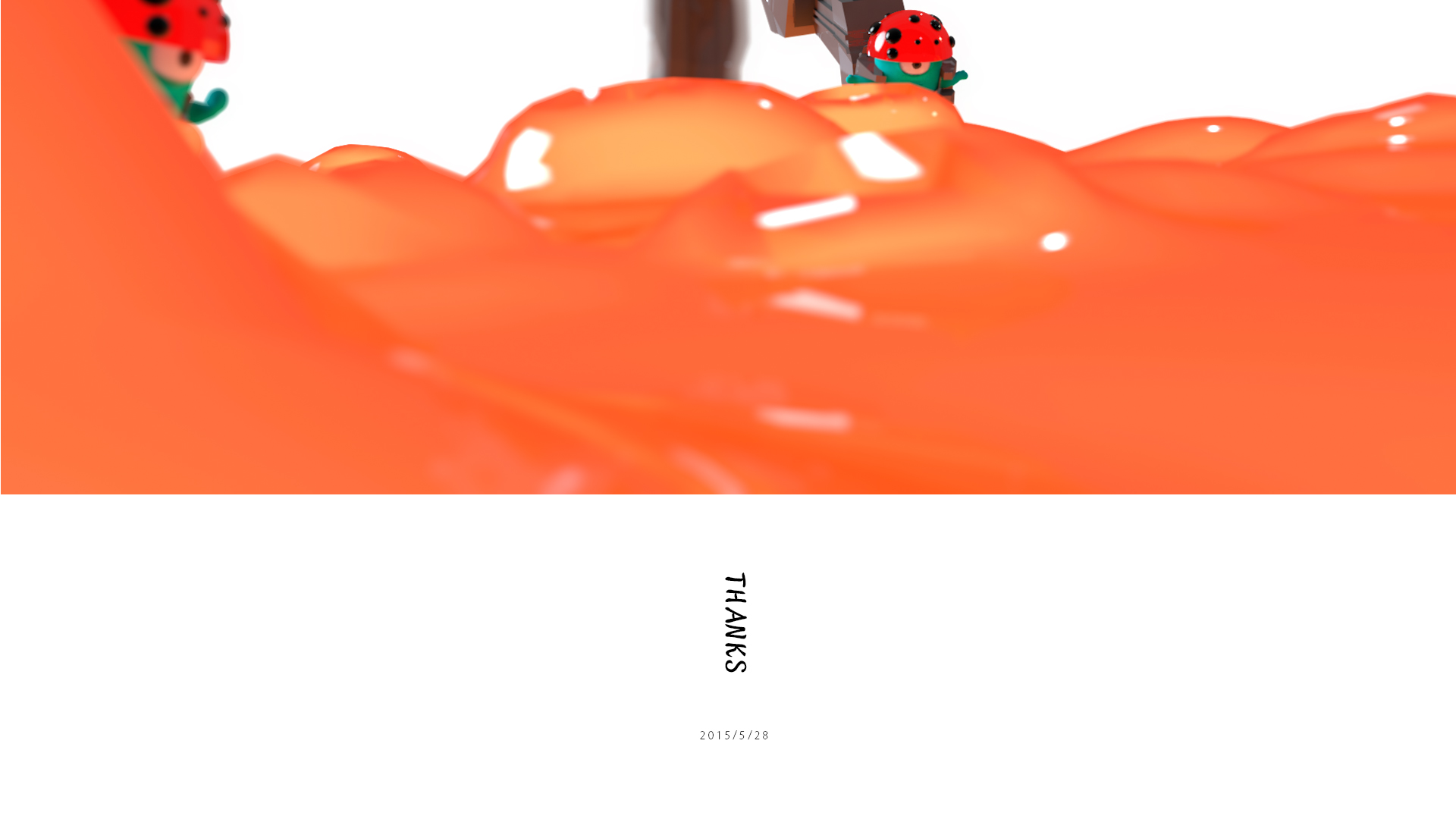 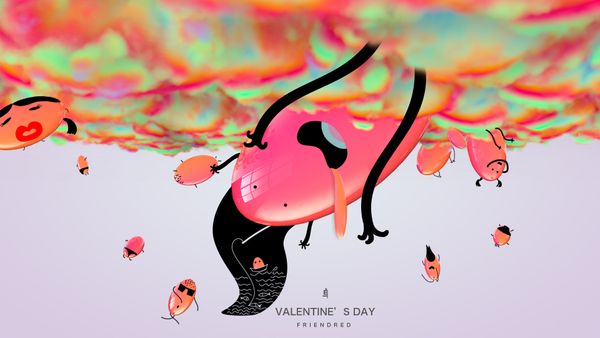 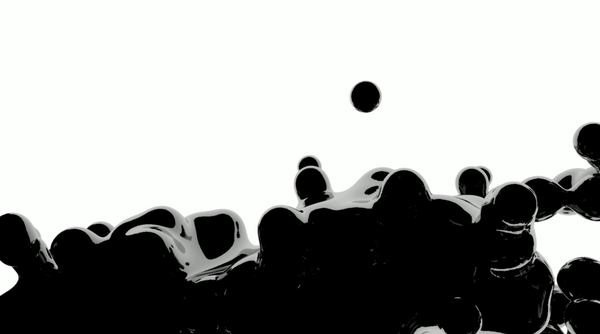